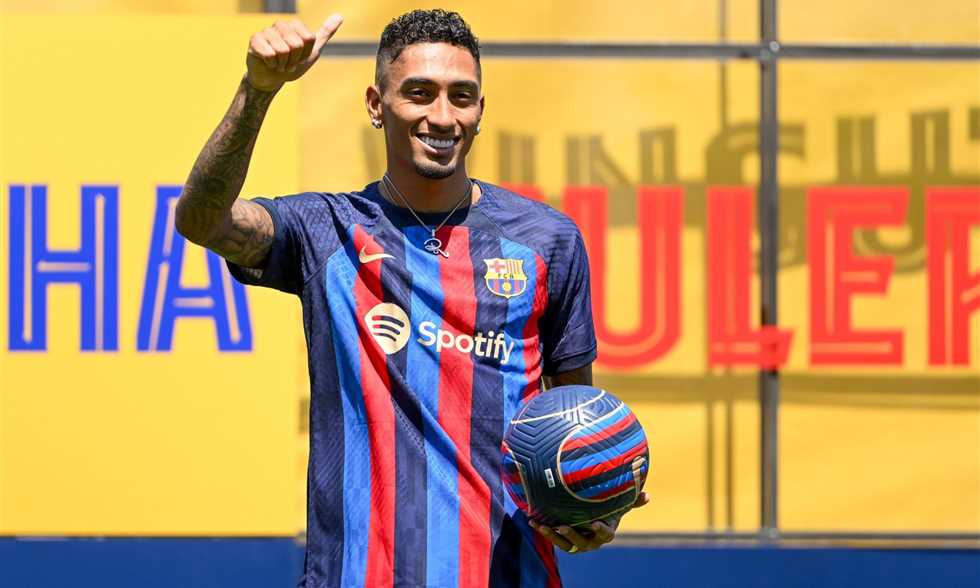 FilGoal | News | “The beautiful game is back.” Rafinha: Being in Barcelona is a childhood dream

Rafinha, the new Barcelona player, admitted that being in the Catalan club is a dream of his childhood.

Rafinha signed with Barcelona a few days ago, with a contract that continues until 2027, during the current summer transfer market.

“This is a childhood dream,” Rafinha said at a conference he presented as a player for the team, about his desire to be in Barcelona.

“Many of those who have passed here and made history are my role models, if I could do half of what they did here, I would do a lot more.”

“I will do everything in my power to make Barcelona the club we know,” Rafinha concluded.

“The beautiful game is back”thus described Juan Laborta The president of FC Barcelona signed the Brazilian Rafinha from Leeds United.

Laporta spoke at the player’s presentation conference, saying: “It is very exciting that in all the golden eras of the club there has always been a Brazilian player. Rafinha’s joining reminds us of the historical saga of the Brazilians in this club.”

“Now we’ve got our wand of history, to reconnect with the magic, the beautiful game is back.”

And he concluded, “Xavi insisted a lot on signing with Rafinha, and we are very grateful to him for his desire to join Barcelona, ​​it was essential.”

Rafinha is the third deal for the Blaugrana this season, after Frank Kessie from Milan, and Andreas Christensen from Chelsea.

Real Madrid rejects an offer from Newcastle for Asensio

See also  "Do not come with two euros in your wallet because it takes years to migrate, it is not magic": the experience of an Argentine who went to Spain in the middle of a pandemic | Chronicle