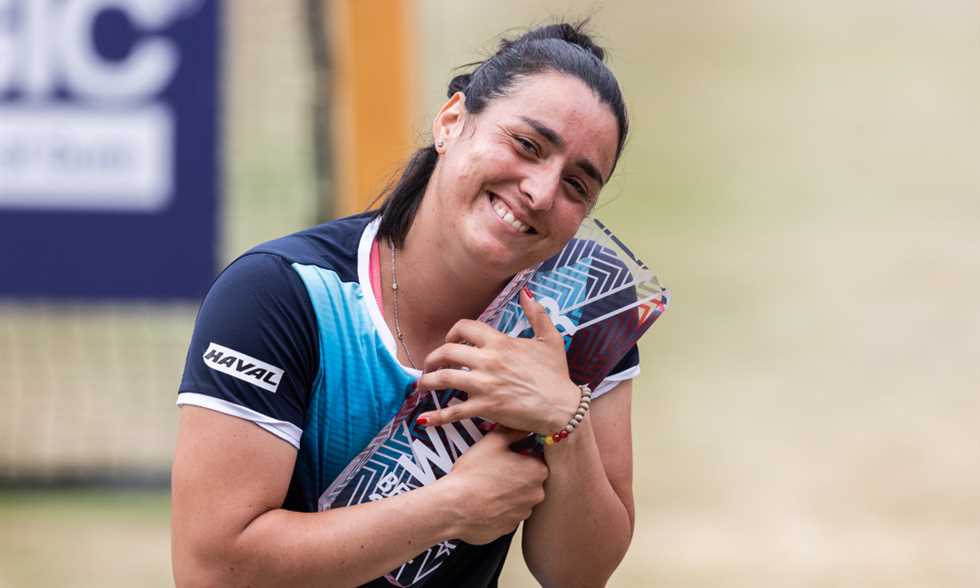 Jaber won the first group with six games to three.

While Jaber advanced in the second set by two games to one, Bencic withdrew with an injury.

Jaber took a sporty shot when she brought ice to Bencic and helped ease her pain.

Jaber raised her score to two titles in the Masters Championship (1000 points), after she won the Madrid Championship this season as well.

The Tunisian, ranked fourth in the world, eliminated the Czech Karolina Muchova, the American Alicia Parks, the Belarusian Aleksandra Sasnovich and the American Coco Gauff.

And lost the Swiss Belinda Bencic for the second season in a row, after losing the final of 2021 to Russian Lyudmila Samsonova.

Jaber became the first Arab woman to win the title, and the first African woman since South Africa’s Annette van Zyl in 1968.

Jaber is preparing for Wimbledon on grass, which begins on June 27.

Test your knowledge about the top match

Yahya Khaled loses the European bronze despite his brilliance

A decision by the Basketball Association regarding the public

The result of the “Ismaili child” in the Al-Ahly exams