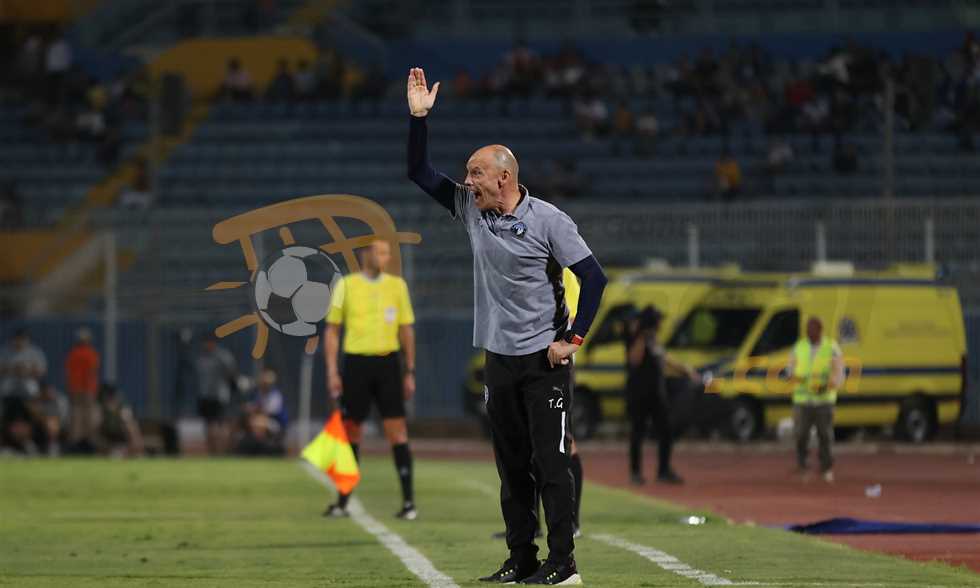 FilGoal | News | Takis Conference: The performance of foreign referees was much better .. and Ibrahim Adel may return to Zamalek

Pyramids coach Takis Junias criticized the performance of Amin Omar, the referee of his team’s match against Al-Ahly Bank, which was held today, Wednesday, at the Air Defense Stadium, in the 27th round of the league, which ended with a 1-0 victory.

Junias spoke at the press conference held after the match, saying: “What is happening from the referees is not normal, especially what happened today. The referee’s decisions were very strange.”

He added, “We were denied a big win, as we had a huge percentage of possession, and at the same time, the number of errors against us was more than the opponent.”

“The matches that were played with foreign referees, the performance was much better,” the Greek coach stressed.

And he added, “We were the closest from the first moment to scoring goals and we missed many opportunities. If we had taken advantage of them, we would have won with a result greater than what was achieved.”

Regarding Fakhri Lakai, he said: “He has bad luck in scoring goals, but I am happy that he is creating more chances now than in the previous period, and it is a matter of time and he will score goals again. I trust him and all his capabilities, as well as all the players in the framework of our campaign in the competition for the league title.”

As for Ibrahim Adel, the injured person, he said: “He is close to returning, and he may be in front of Zamalek or immediately after that.”

When asked about the upcoming confrontation with Zamalek, he said: “Our goal is to win, but there are other important matches in our journey in the league that must be won until the last stop.”

And the balance of Pyramids reached 59 points, occupying second place in the standings table, one point ahead of the leaders Zamalek, and the latter has a lower meeting.

Al-Ahly comes third with 51 points, but has played three fewer games than Pyramids.

Zamalek will meet Pyramids next Monday in the 28th round of the league.

“I would do anything for Barcelona”

The dates of the Egyptian professional matches this week

Al-Nassr is trying to include the French League playmaker