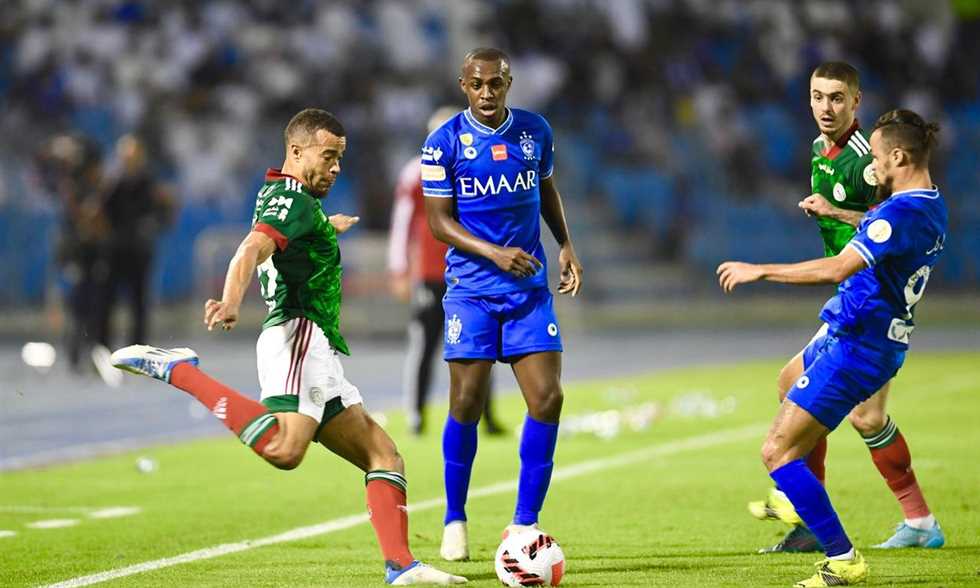 Al-Hilal continued to chase Al-Ittihad in the race for the Saudi League title, while the position of the agreement, led by Patrice Carteron, deteriorated.

Al-Hilal won an important victory over Al-Ittifaq with two goals without in the postponed match of the 20th round of the league.

Al Hilal reduced the difference with Al Ittihad to 6 points before the two teams meet during the next round on May 15th.

Al Hilal defender Ali Al-Bilahi scored the goal in the 30th minute of the first half, before Nigerian Odion Ighalo added the second goal from a penalty kick in the 51st minute.

The victory raised Al Hilal’s tally to 55 points in second place behind Al Ittihad, the leader, with 61 points, 4 rounds before the end.

Al-Ettifaq’s balance stopped at point 27 in 13th place, one point behind Al-Taawon in 14th place, the first place leading to relegation.

It is noteworthy that the Egyptian international defender Ahmed Hegazy plays within the ranks of Al Ittihad Jeddah and is racing against time to recover from injury and catch up with Al Hilal. (see details)

The Saudi Professional League title has been absent from Al-Ittihad since the 2008-2009 season, while Al-Hilal holds the title of the last two editions of the competition.

A blow to Liverpool in the European Champions