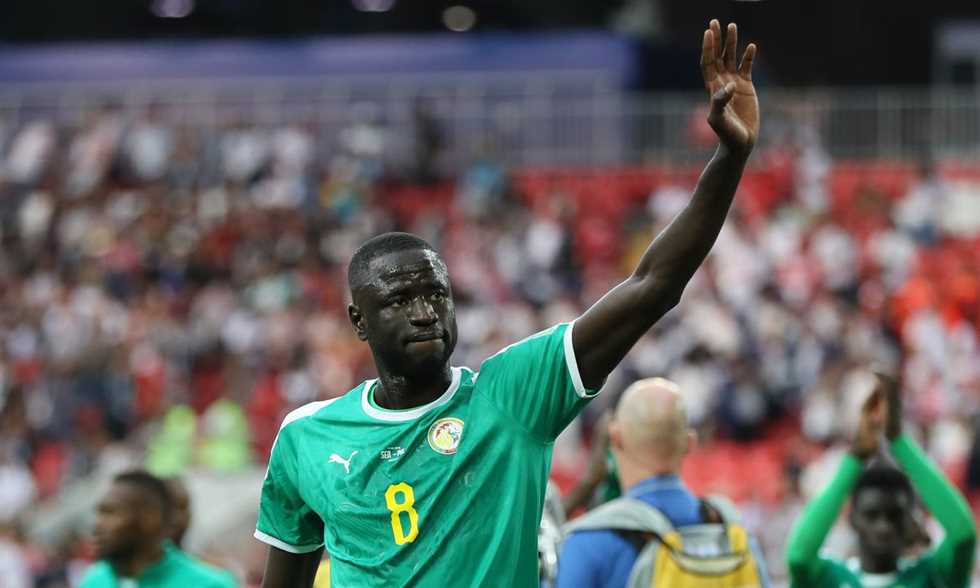 FilGoal | News | Kouate in a letter to Trezeguet: I am waiting to meet you in the African Cup final

Cheikh Kouyate, a player for Senegal and Crystal Palace, sent a message to Mahmoud Hassan Trezeguet, a player for Egypt, wishing him success and facing him in the final.

Kouyate appeared in a video clip on the official account of the 2021 African Nations Cup.

During the clip, Kouate said: “Hello, my friend Trezeguet, peace be upon you. I hope you are fine. I wish you success in the tournament, facing you in the final, and that Senegal will win, God willing.”

Senegal opened its matches in the tournament by defeating Zimbabwe 1-0 in the first round of the group stage.

Egypt is preparing to face Nigeria on Tuesday in the opening matches of the tournament.

The Africa Cup of Nations will run from January 9 to February 6.

Egypt was drawn into Group D, along with Nigeria, Guinea Bissau and Sudan.