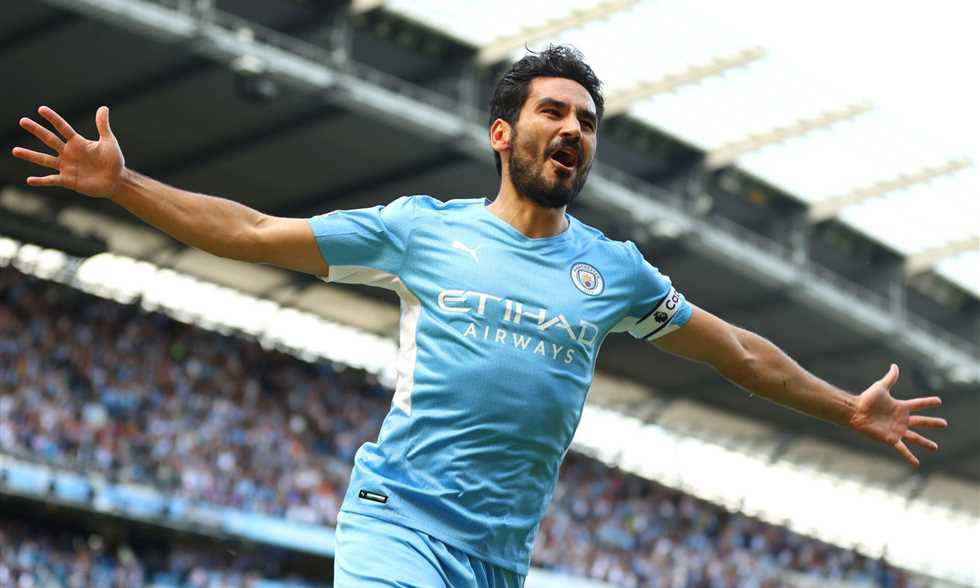 FilGoal | News | Gundogan: All our matches until the end of the season are finals..and this is the most difficult thing we faced against Leeds

Manchester City’s German Ilkay Gundogan stressed that all the team’s matches until the end of the season will be the finals.

Manchester City beat Leeds United by four goals without a response in the 35th week of the English Premier League matches.

“It was a big test, Leeds started the match with a lot of intensity and they made things difficult for us. The first goal helped us a lot, after the second goal we could move the ball better and create chances,” Gundogan told Shkai Sports.

He continued about saving a dangerous opportunity at the beginning of the match, “The key is not to panic in these situations. I’m not the fastest but I was able to come back and face the ball. Defensively, we were able to prevent a lot of shots today. The next match in Madrid will be decisive.”

And he continued about Liverpool playing matches first, “It is always difficult, we have to manage these situations. Sometimes they will play first and sometimes we will start playing. The responsibility is always there to win all the matches. All matches are final now.”

He continued, “It was the first time I played here. The crowd is amazing, it’s a great historical club. Even after the final whistle, the atmosphere was great.”

“It is always difficult to play against this team, because they always play with such intensity and intensity, and it was clear that scoring the first goal was a huge advantage for us after that.”

“Every match looks like a final at the moment, and every match has its own difficulties. We must be ready for the challenge.”

Manchester City will play Real Madrid next Wednesday for the return leg of the semi-finals, after they won the first leg at the Etihad Stadium by four goals to three.

Raiola’s Tale – The Pizza Soldier And The Gangster

Norwich is the first to be relegated to the first division