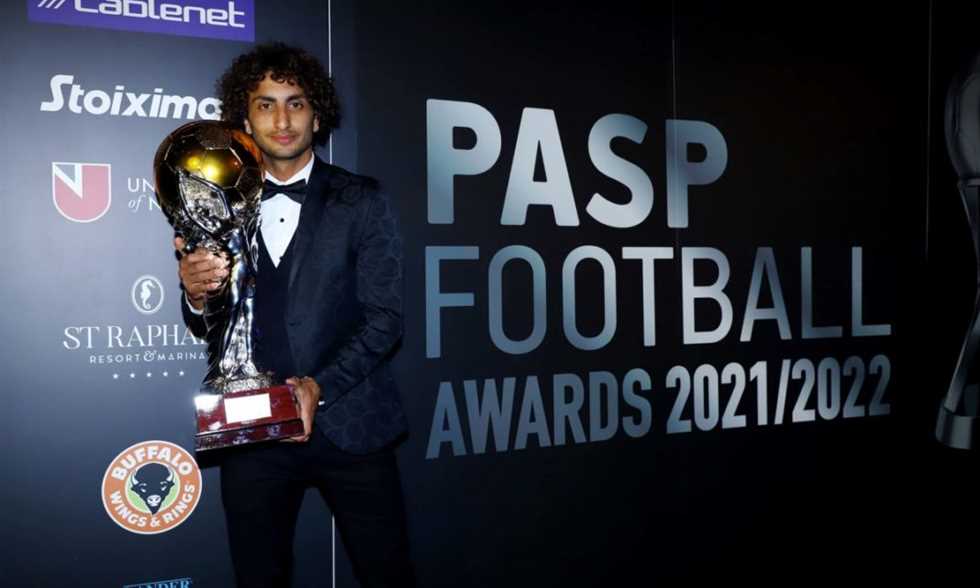 Amr Warda, Cypriot player, Anorthosis, won the award for the best player of the season in the Cypriot league.

Warda joined the Cypriot team after his departure from Greek club PAOK earlier this season.

After the award, Warda said, “I’m ashamed. I want to say thank you to everyone, really I’m very happy, I’m a little nervous now but I’m very happy. The grand prize will always be in my heart I really respect everyone, I feel good in this country, I feel like I’m with the family “.

“From the first day here I said to myself, ‘I had some problems to be honest when I was at PAOK, I didn’t play much, I decided to leave. When I received an offer from Anorthosis, I said OK, new chapter, I’m going to enjoy football, life and work hard.'”

He continued, “I came and said from day one I will do something here. Now I have this award and I am happy. Thank you all. I came for this and she has it. Thank you my friend, she did not come today she has some problems, she is Cypriot, since day one she has been by my side, she is She respects me. It makes me more stable. She’s crazy, but it’s okay. I’m glad to be here, thank you all so much.”

Warda won more than 50% of the votes in the award for the best player of the season, as voted by the players.

Anorsothis occupies the fourth place in the European Conference qualifiers with 48 points, one round before the end of the season.

Warda was also present in the perfect formation for the tournament.

Officially – Determine the stadium for the match between Egypt and Ethiopia

The clash of champions ignites in the English Premier League