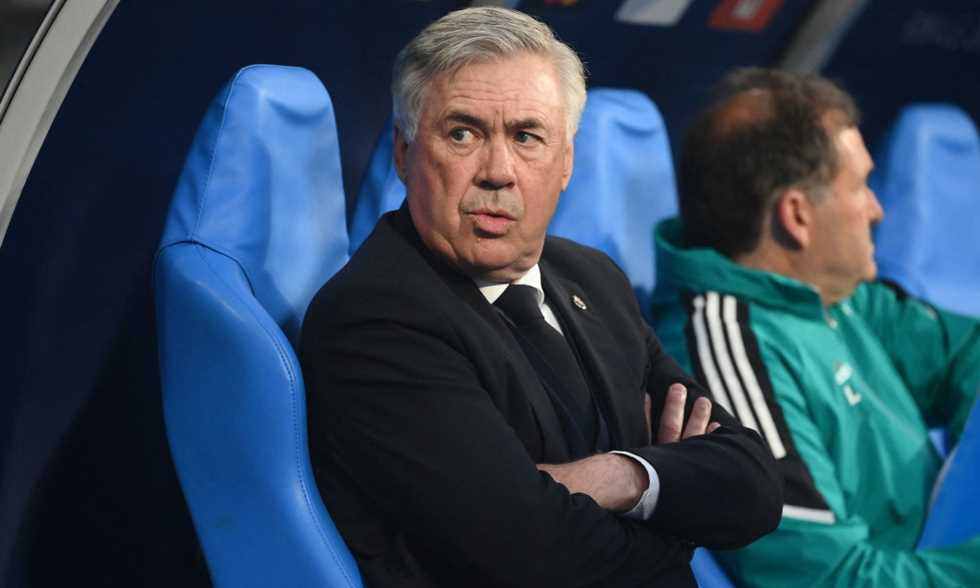 FilGoal | News | 15 days before the match, Ancelotti hints at forming Real Madrid in the European Super

Real Madrid coach Carlo Ancelotti joked about the features of his team’s formation in the European Super.

Real Madrid will play Eintracht Frankfurt on August 10 for the European Super Cup at Helsinki Stadium in Finland.

Real Madrid tied with Club America with two goals for each team in preparation for the new season.

“It was a good match, we had some difficulties in the first half and we were more intense in the second,” Carlo Ancelotti told reporters after the match.

He added about Benzema’s return, “His physical condition is good, but after the match against Juventus we will reduce his load a little to think about the super match.”

And he continued on the left front, “It is clear that Mendy is the key player in this position, someone who is more powerful in attack can help like Alaba or a player with a more defensive character like Rudiger can help.”

He continued about Hazard, “In matches like this we need to try to give him more minutes because we need him. He played better than the first match.”

He continued about Chomini, “He is a pivotal player different from Casemiro, he has a better chance of reaching the goal. We saw that in front of Barcelona he had more problems with the ball and he has to improve on that.”

“I think he will be able to play against Juventus next Saturday,” he added.

Real Madrid will play its last match in the preparatory round against Juventus at dawn next Saturday, before facing Eintracht Frankfurt in the European Super.