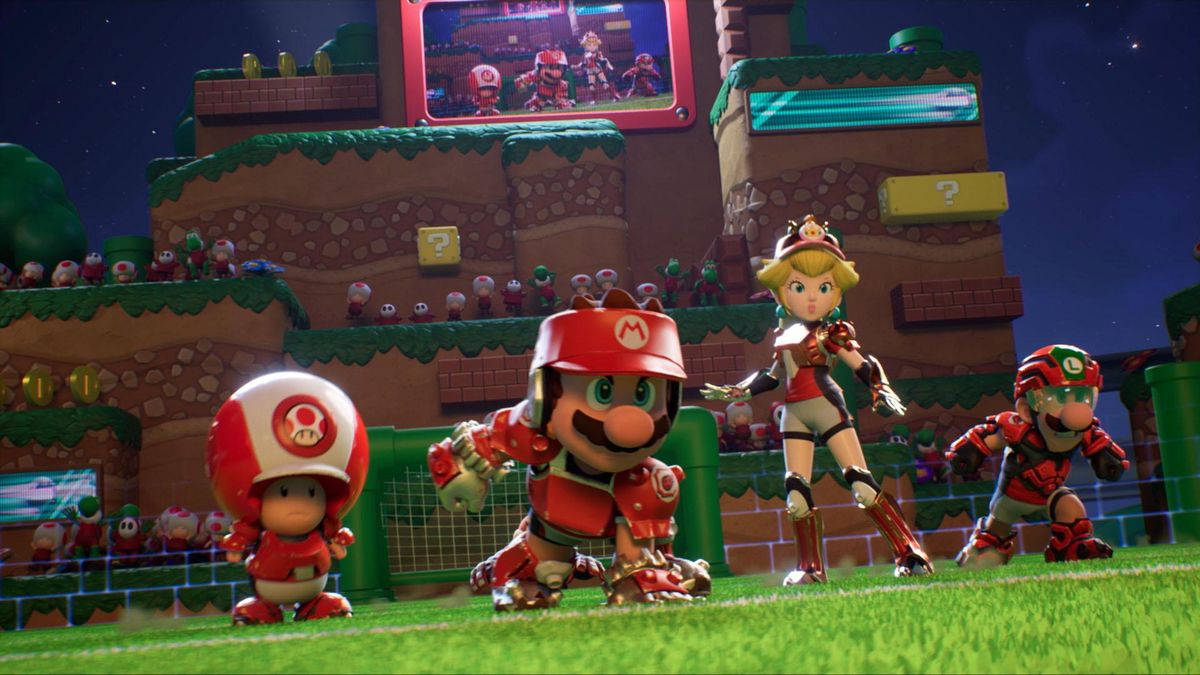 “Mario Strikers – Battle League Football” is coming to Switch this June. We take the same and start again?

Mario hadn’t put on his cleats since 2007. It was on the Wii. Fifteen years later, he puts on the jersey, accompanied by all his mushroom friends and enemies in “Mario Strikers – Battle League Football”, a flagship release for the Switch in June 2022.

From football, the game keeps the basic rules, passes, dribbling, shots on goal. He leaves the complicated rules to the serious games. It adds a wheelbarrow of whimsical features, including special moves, which turn matches into a joyous rat race.

As often with leading franchises concocted for the Nintendo ecosystem, the atmosphere is good-natured and the handling is easy. Matches nonetheless become highly competitive with technical and tactical possibilities, albeit wacky, rewarding learning and dexterity. On the production side (graphics, fluidity, responsiveness, animations), the game does not take long to convince that it is one of the top names on Nintendo’s hybrid console.

For our part, we especially appreciate the aspect Party Game of the proposal. With friends, up to eight, around the same screen for good-natured parties. This is what Nintendo does best, the Japanese company mastering the adage “The best soups are made in old pots”. We are more on our own when it comes to the online multiplayer aspect of the product. Although paying, Mario’s internet service remains very cautious and lacking in features that we take for granted on competing services. We think of voice chat in particular.

As for the solo mode (with opponents controlled by the machine), it turns out to be essential for learning but quickly boring for those who could not convince at least one person to put their buttocks on a sofa (or around a table in portable mode). It is above all in these conditions that this new “Mario Strikers” shines… as was already the case fifteen years ago. In his defense, two generations of consoles have passed, the Switch deserved its Mario on cleats.