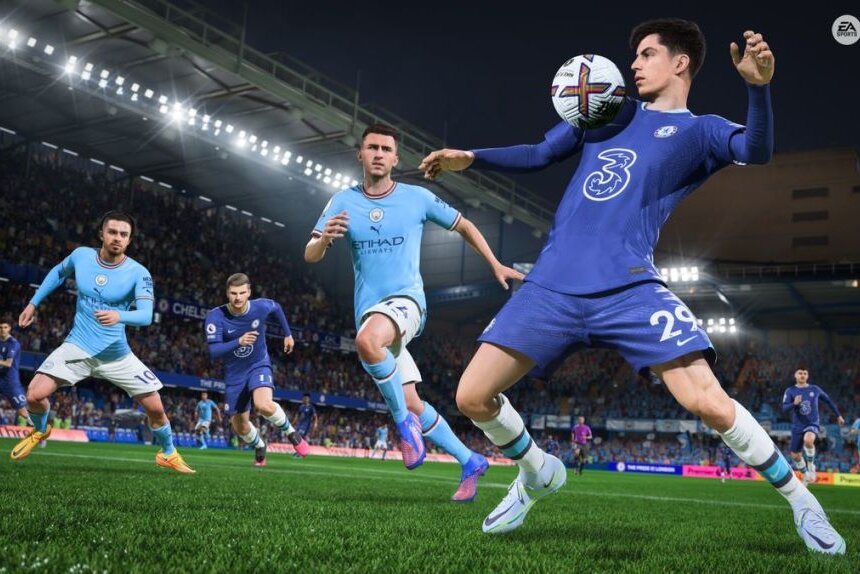 “FIFA 23”: EA keeps loot boxes because gamers “love them” | Regard

However, the business of the randomly assembled card packs that “FIFA” players can use to create their own dream team is highly controversial. The so-called loot box system contains gambling elements – and a certain potential for addiction. Pioneers of the system like “Overwatch” have already moved away from it, and such mechanisms are even banned in countries like Belgium. Nevertheless, EA maintains:

“We wholeheartedly believe that Ultimate Team and FUT Packs, which have been part of the game for over a decade, are a part of ‘FIFA’ that players love,” EA said.[Eurogamer]https://www.eurogamer.net/ea-sticks-with-controversial-loot-boxes-for-fifa-23-ultimate-team)”. Additionally, it was pointed out that users should always be given the choice of playing real money spent or to earn packs by completing tasks. “Nine out of ten FUT packs opened in ‘FIFA 22’ were earned without microtransactions,” argues EA – knowing that Profi-E-Athletes spend thousands and thousands of euros before each new “FIFA” season to keep up.

Elsewhere, EA is planning the biggest “FUT” changes in years, as revealed by a new “Deep Dive” video and recently released pitch notes.

On the one hand, the chemistry system is turned completely upside down. Until now, the goal has always been to reach a team spirit score of 100 by playing players in their favorite positions and pairing them with other professionals of the same nationality or club affiliation. It was the only way to get valuable bonuses.

However, the virtual professional kickers could only ever build a beneficial relationship with each other in adjacent positions – represented by green lines.

Now all members of the team are included in the calculation of team chemistry (now shown with a 3-star system). For example, if you have both Manuel Neuer and Thomas Müller in your squad, you can look forward to a feature boost, even though the two are far apart on the pitch.

Also new: There are no longer any negative consequences that can result from poor team chemistry or being in a completely wrong position. The kickers can no longer slip below their base values. At the same time, the times when players could be “retrained” are over. In “FIFA 23”, each professional, based on real data, has only one primary and one secondary position on the field where he can fully develop his potential.

The second major innovation is the so-called “FUT Moments”: Here, single players can replay certain match scenarios – such as the professional debut of cover star Kylian Mbappé. Substituted in the 88th minute, he was expected to complete three passes and complete the decisive goal in added time.

If you succeed, depending on the difficulty level, one to three stars will blow, which in turn can be exchanged for rewards in the “Star Gallery”. This includes player kits, items or decorative elements for your own stadium. This second in-game currency is meant to hide the fact that EA doesn’t want to move away from its loot box system.

Crossplay in FUT too.

It was already known that cross-play will be possible under certain conditions with “FIFA 23” – at least if you play on the same generation of consoles (eg PS5 and Xbox Series X/S). It is now clear that the sub-modes “FUT Rivals”, “FUT Friendlies”, “FUT Champions”, “FUT Play a Friend” and the “FUT Online Draft” can also be played across platforms.