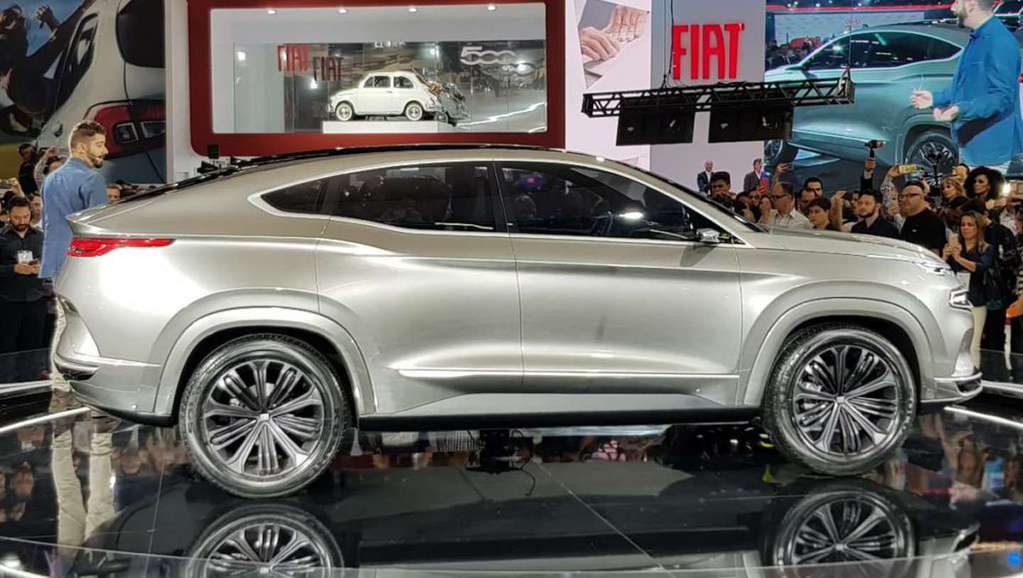 After the presentation of the Pulse, which is already on sale at dealerships, Fiat is developing a new SUV for South American markets, including Argentina. In this case, it will be a coupé-style model with a turbo engine.

Although it was not officially confirmed, the trade name was leaked in Brazil (it will be produced there for the entire region): Fiat Fastback. Different media from the neighboring country assure that the SUV will retain the name of the prototype that anticipated its design.

By sharing structure with the Pulse, they will have in common a high percentage of exterior and interior elements, and that the difference between the two will lie exclusively in the format of the silhouette. In the coupé, logically, the roof will have a very pronounced fall.

The rival of the Fastback would be the Volkswagen Nivus, which can be considered an “SUV Coupé” version of the T-Cross, although the Fiat one would be a few centimeters larger. It is a new trend that is increasingly seen in the markets not only in Latin America but also in the world.

I also read: The Fiat Cronos, unstoppable: does it win because it is the best, the cheapest or the one that can be obtained?

The engine of this model will be the 1.3-liter turbocharged gasoline engine with 175 horsepower which made its debut in the new Fiat Toro. It is a novel engine, belonging to the GSE family, which promises better performance in relation to the current gasoline engines used by the Italian brand’s cars. The range would offer only automatic versions and with simple traction.

Internally baptized as Project 376, it is estimated that the entry versions will offer the 120-horsepower 1.0-liter gasoline engine already seen in the Pulse. In this case the box would be automatic CVT.

Based on rumors (for now, Fiat did not reveal details of this product or openly confirm its production), it will have 4.36 meters long and 1.72 wide, with a wheelbase greater than that of the Fiat Cronos (2.52 meters). The wheels will be 17-inch alloy wheels with 205/65 R17 tires.

The interior of the Fiat Fastback

While on the outside for the moment it was only seen in camouflage, the first spy pictures of the interior.

From the pictures it appears that you will have key with recognition with push button start, and what are supposed to be better quality materials. According to reports, the model will be larger than the Pulse, to be located just below the Compass. That means it would exceed the 2.52 meter wheelbase of the Cronos, Argo and Pulse.