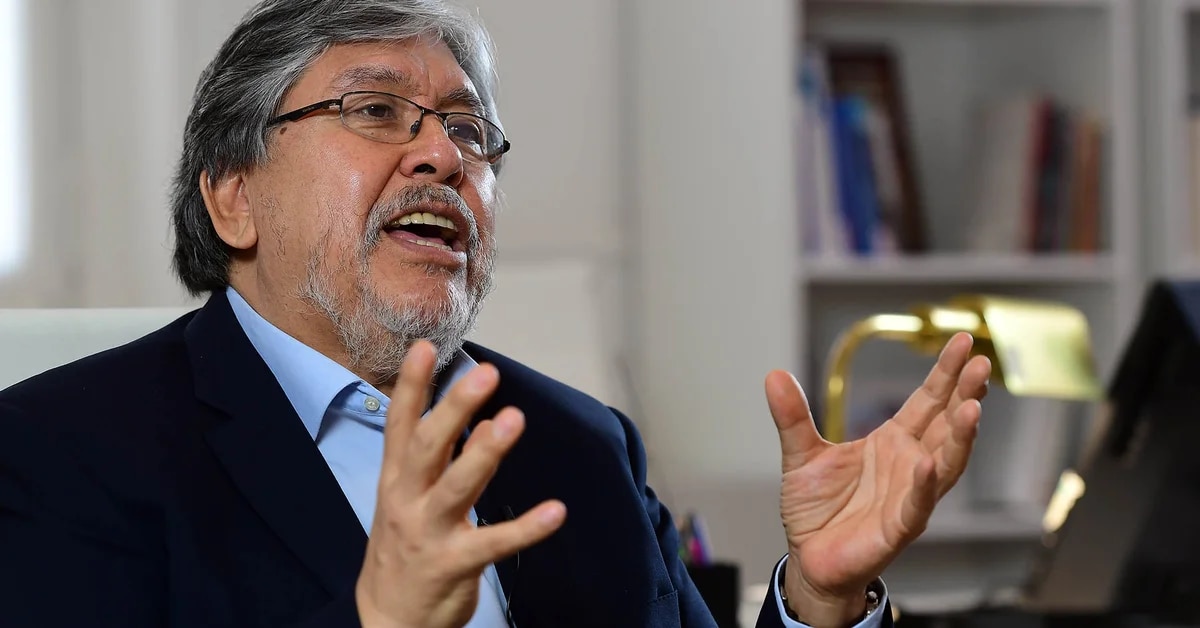 Fernando “Chino” Navarro sent a message to the Frente de Todos: “We have to stop screwing around and operating on each other”

The Secretary for Parliamentary Relations of the Chief of Staff, Fernando “Chino” Navarrovalued the arrival of Sergio Massa to the Executive Power, which will take place next week, and took the opportunity to send a message to the internal of the Front of All: “We have to stop operating on each other”.

“When I say ‘we have to understand what society requires,’ I take it for granted that all of us who are members (of the Front for All) understand that we have to stop screwing around, criticizing each other and operating on each other”highlighted “Chino” Navarro during an interview with FutuRock. In this sense, he highlighted the role that Massa will assume at the Ministry of Economy, Production and Agriculture since “he is an important man but (the decisions he can make) will depend on the coalition and politics” in general.

He also relativized the economic context of Argentina by ensuring that it is a “unprecedented global crisis”. “We are not the exception,” he claimed, noting that it is not “a terminal crisis,” noting that the situation is “inherited” from the government of Mauricio Macri. Along the same lines, he justified the numbers in red by emphasizing the coronavirus pandemic: “The spending of the world and the spending that Argentina had to do, which was an investment, ends up triggering more inflation numbers that you had to lowerhere and in the world, and then came a war”, he pointed out.

Regarding the changes in the Ministry of Economy, He said he did not like “the outcome” of the “flight” of Martín Guzmán and did not comment on the passage of Silvina Batakis for that bag. Regarding the present, he claimed to see “the glass half full.” In this sense he founded: “I am convinced that this political cycle in the West is exhausted, and this economic model (which he considers ‘the wild right’) is exhausted. The pandemic accelerated that process and laid it bare. The lack of international leadership, save yourself. The central nations in the pandemic acted with a selfishness and a lack of foresight that was later corrected somewhat in Europe.

“No one wants to take over the task of ordering the economy, which is politically subordinated. Massa has desire and will, that seems positive to me”, he added, highlighting that he values ​​this attitude because, as he narrated, he always told President Alberto Fernández that the main requirement that must be analyzed when choosing an official is courage.

The Peronist referent confessed that he spoke with Massa in recent days but that it was not about the announcements that the person chosen to lead the superministry is expected to give next Wednesday after taking the oath and finally taking office as minister. “I can only discuss the popular economy because I see it every day”, he said and added: “What I am convinced of is that Massa is going to propose a reasonable way out, thinking about growth. If we do not give way to 50% of informality, we are going to face a very complex situation that will make us similar to sister countries that have lived with 50% or 60% poverty for decades”.

However, he stated that he is part of two franchises and that in personal terms he is not doing badly. “More or less we managed it, we had an important commercial eye and we have recovered what we invested“, he pointed. He also mentioned consumption, assuring that the brand in which he invested is aimed at “a wealthy middle-class public and it is a sector that is consuming.”

However, he said he was aware of the crisis that the country is experiencing today by arguing that two weeks ago he went to a fair located in Villa Fiorito “on the train track that no longer passes” and then, when taking a tour of the neighborhood, he was surprised by “the number of well-located gastronomic enterprises, but they were not exploding.” “There are sectors that have a difficult time, others more or less, in others the issue is going well. We leaders would have to get in line with the people and it would be better for us”, he analyzed in dialogue with Futurock.

Harsh self-criticism from “Chino” Navarro: “There is a government in crisis, a dispute over who is driving and it worries me”
After the cacerolazo, the Minister of Justice considered that it is a claim to “understand and attend”
Sergio Berni accused “Chino” Navarro for taking land and the social leader replied: “If he does not go to justice, he is a fairground charlatan”
Fernando “Chino” Navarro: “Our government was in free fall from the photo of Sofia Pacchi”