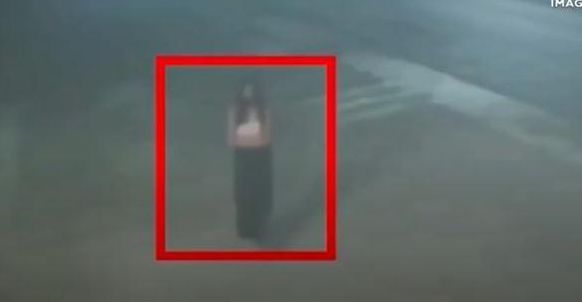 Femicide in Mexico: Debanhi (18) died after desperately seeking help in a hotel

An 18-year-old Mexican woman disappeared while walking home after a party. It was only 13 days later that the police discovered her body – in a place where she had already searched four times.

The death of 18-year-old Debanhi Escobar has shocked Mexico. The young woman’s body was discovered on April 21 in a cistern of an abandoned hotel in Nueva León, in the northeast of the country. It took investigators 13 days to find the remains, and for days they claimed there was no evidence of Debanhi’s disappearance, although footage from the surveillance camera showed them in front of the hotel entrance. Finally, on April 24, Nueva León prosecutors announced that Debanhi’s death was being investigated as a femicide.

Debanhi Escobar disappeared in Colonia Nueva Castilla in Escobedo after leaving a party around 4am and getting into an Uber. The driver testified that he abandoned the 18-year-old on the Nuevo Laredo highway at 4:24 a.m. He told authorities that Debanhi was “not in his right mind”.

At around 4:30 a.m., the woman approached a building – the Hotel Nueva Castilla – to seek help. The images from the surveillance camera in front of the main entrance show Debanhi running around the building several times. A few minutes later, another camera shows the woman running past the empty hotel restaurant twice – these are the last pictures we have of her.

Why did the hotel owner lie?

In the first interviews by the police, the hotel owner stated that the surveillance cameras had not recorded the footage and were only transmitting live images. But that wasn’t true. The man is currently being investigated for false information in his statement.

Police discovered a lifeless body “in an abandoned water tank” at a property near where Debanhi disappeared. The remains were four meters deep. Hotel employees had alerted the authorities after noticing “a foul smell”.

According to the first findings of the autopsy, the 18-year-old died as a result of a serious head injury. Without waiting for more results from the coroners, the assistant prosecutor and the security minister rushed to say that Debanhi had had an accident. It is not yet clear whether the woman was a victim of sexual abuse before her death.

April 27 – the police released videos from the surveillance cameras

Women’s organizations and a large part of the public have strongly criticized the media coverage over the past few days. The last minutes of Debanhi Escobar’s life were made “a macabre spectacle on local television stations”. “Prime time” she was also accused of her violent death. Because she was drunk, because she was partying. Her friends were also at times the target of aggression in the news programs: Why did they let Debanhi go home alone if she was “out of her mind”, the moderators asked.

The investigators are also accused of numerous shortcomings: How can it be that Debanhi Escobar’s body was found 13 days after her disappearance – in a place that had allegedly been thoroughly searched four times previously? To this day, why can’t the prosecution explain why Debanhi ran outside the hotel or who she was trying to escape from?

Meanwhile, the Special Prosecutor for Missing Persons, Rodolfo Salinas de la Peña, and the Special Prosecutor for Combating Kidnapping, Javier Caballero García, have had to vacate their posts. A woman — Griselda Núñez Espinoza, head of the Femicide Prosecutor’s Office — was also appointed to speak in the case after human rights organizations accused the prosecutor’s office that the two previously designated men had shown “little sensitivity to the case”.

are you or is someone you know affected by sexualised, domestic, psychological or other violence?