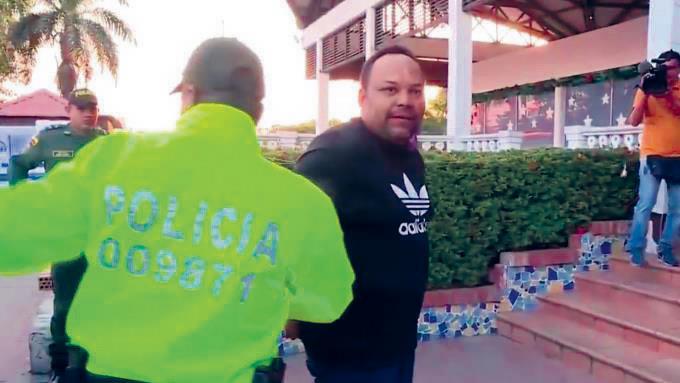 The federal prosecutor offered Cesar Emilio Peraltaalias “El Abusador”, an agreement to plead guilty to the charges against him, including trafficking drugs to the United States.

During a virtual hearing held this Thursday before Judge Pedro Delgado, federal prosecutor Max J. Pérez Bouret made the offer to “El Abusador” to plead guiltydespite the fact that the members of the public ministry of that country have not completed the discovery of evidence against him, according to the newspaper El Nuevo Día, of Puerto Rico.

“We have issued an offer to plead guilty. And that offer, given the magnitude of this case, is the offer that (chief of the federal prosecutor’s office) Stephen Muldrow has authorized in this case,” Pérez Bouret said, according to the Puerto Rico newspaper El Nuevo Día.

Although Peralta’s lawyer, Joaquín Pérez, approached the judge and talked for several minutes, it is unknown if they accepted the offer made by the prosecutor.

Search and delivery of evidence

Pérez Bouret detailed, according to El Nuevo Día, that the first package of evidence delivered to Peralta’s defense consisted of recordings and reports produced mostly by the US Drug Enforcement Agency (DEA).

While the second package of evidence will be from the Federal Bureau of Investigation (FBI). However, the prosecutor asked for at least 20 more days to deliver it, since they are in a data review process to prevent the content “could compromise research methods.”

Likewise, the prosecutor expects by the end of May to have completed the negotiations with the federal prosecutor’s office in Florida in order to ensure that the provisions in the two cases, both in Puerto Rico and in Miami, are addressed in the so-called “Isla del Encanto” .

Peralta was extradited on December 22, 2021 to Puerto Rico from Colombia, where he was imprisoned in La Picota prison from the end of December 2019.

In 2019, he escaped from the Dominican Republic, where he was wanted accused of being the ringleader of a powerful drug trafficking network. The operations began with an extradition request made by the United States.

The most recent allusions to César “El Abusador” were last March, when the private investigation ordered by the Dominican baseball player David Ortiz, showed that the Hall of Fame member he was ordered to be killed by the drug trafficker.

After six months of investigation, the inquiries, led by former Boston Police Commissioner Ed Davis, were published by the Boston Globe.

The past commissioner said that “the powerful and politically connected drug trafficker César “El Abusador” Peralta” he came to feel disrespected by Ortizwhich led him to put a bounty on the Boston Red Sox player’s head.

It is unknown if Ortiz filed charges against “El Abusador” based on the results of the investigations.