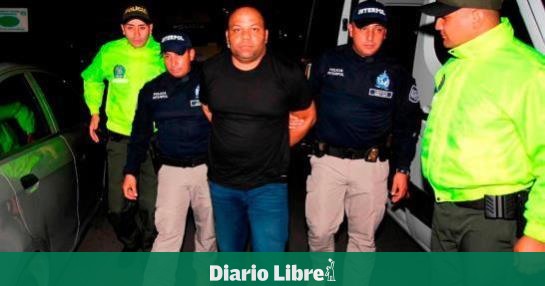 The Federal Prosecutor’s Office proposed an agreement to the alleged drug trafficker César Emilio Peralta, “the Abuser” so that he pleads guilty.

According to the newspaper Puerto Rico El Nuevo Día, the information was offered this Thursday by federal prosecutor Max J. Pérez Bouret, during a virtual hearing before Judge Pedro Delgado.

“We have issued an offer for him to plead guilty. And that offer, given the magnitude of this case, is the offer that (chief of the federal prosecutor’s office) Stephen Muldrow has authorized in this case,” Pérez Bouret said, according to the newspaper.

It also explains that Peralta’s defense attorney, Joaquín Pérez, did not speak at the public hearing about the offer.

On December 23, 2021, César Emilio Peralta, alias Caesar the Abuserpleaded not guilty to drug trafficking charges against them in Puerto Rico.

According to information published in December by the press of Puerto Rico, Caesar the Abuserappeared before federal judge Marshal Morgan by videoconference at the Metropolitan Detention Center in Guaynabo.

Contra Caesar the Abuserthere are three indictments issued in 2018 by a federal grand jury in Puerto Rico which accuses him of trafficking heroin and cocaine with shipments from Colombia, the Dominican Republic and Venezuela to the island and other United States jurisdictions.

The informative site of the global Dominican community.