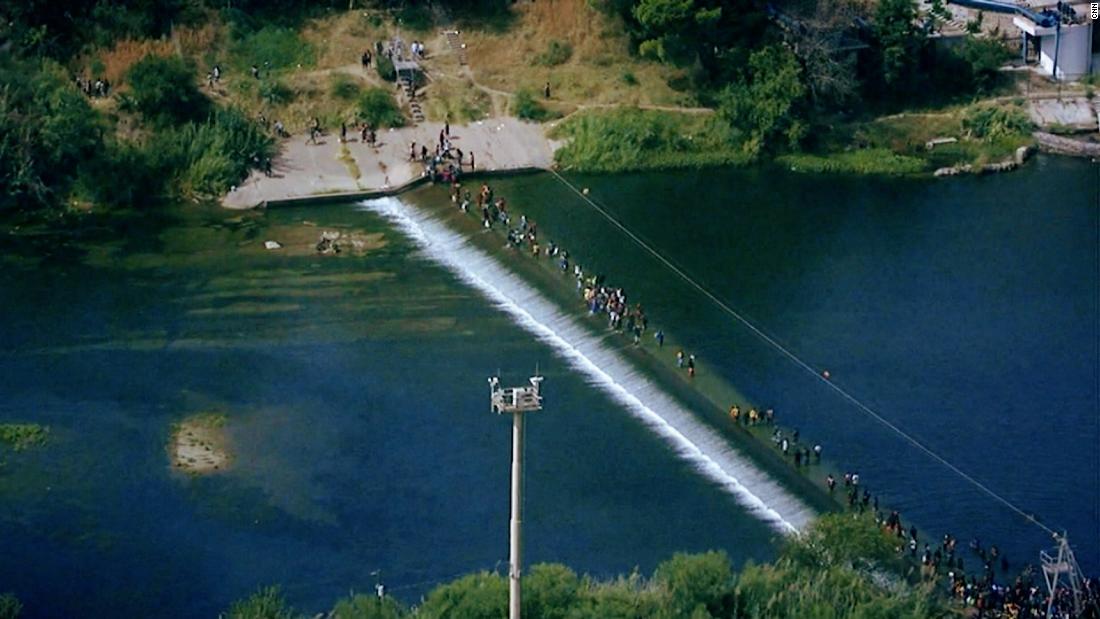 The reality of immigration in Texas would not be what Abbott paints it 4:18

(CNN) — A group of lawyers has filed a federal lawsuit against Texas Governor Greg Abbott’s “Operation Lone Star” to arrest migrants under state laws for illegal entry, alleging that it targets “black and brown people, primarily Latinos, to prosecute them.”

The lawsuit was filed Wednesday in the Western District of Texas Federal District Court on behalf of 15 immigrants who were arrested in Texas under the program.

The plaintiffs argue in part that illegal entry arrests under Operation Lone Star “regularly lack probable cause,” “are discriminatory on the basis of race and national origin, including perceived immigration status,” and that the discrimination violates constitutional rights. .

They also argue that the illegal entry arrest program is one facet of Texas’s “wider effort” to illegally usurp federal law “and unilaterally create statewide immigration policy and unilaterally engage in immigration enforcement without the authority or oversight of the federal government.

The lawsuit asks for $5.4 million in damages. It also asks that a judge, among other things, declare that federal law precludes Operation Lone Star and order the suspension of the operation.

Among the defendants listed are Abbott and Texas’ Kinney County, a county along the US-Mexico border. CNN has contacted Abbott’s office and has not received a response. Kinney County, the Texas Department of Public Safety and the Texas Department of Criminal Justice all sent messages to CNN saying the departments do not comment on pending litigation.

Abbott launched Operation Lone Star, which his office says was an effort to combat illegal immigration and drug and people smuggling into Texas at the US-Mexico border, in March 2021.

More than 5,000 people have been arrested in the framework of the operation, says the lawsuit

This system has led to civil rights violations, “including fraudulent affidavits of probable cause, failure to appoint counsel, failure to timely file charges, excessive incarceration, and even the unilateral replacement of judges,” the filing states. .

Under the arrest program, more than 5,000 people have been arrested on minor state criminal charges, and hundreds of migrants have been arrested and jailed for weeks or months without an attorney, without charge, without bond, without lawful detention, or without a date. of court, the suit alleges.

“Arrest records show profiles based on race/color, national origin, and/or immigration status, including numerous descriptions of observing or receiving reports of ‘undocumented immigrants,'” the lawsuit states.

Operation Lone Star has relied on the resources of the Texas Department of Public Safety and the Texas National Guard to police the border. At one point, the operation grew to over 10,000 service members.

The initiative eventually included the arrest of suspected undocumented immigrants on suspicion of illegal entry if they are found on private property after crossing the border. The lawsuit also contends that some arrests that lacked probable cause included “instances in which law enforcement has directed people from public property to a certain location, only to then arrest them for trespassing once they get there.”

As Abbott deployed thousands of people to the US-Mexico border, Democratic lawmakers and even some of the National Guardsmen who participated in the mission criticized the operation as overtly political and a waste of resources.