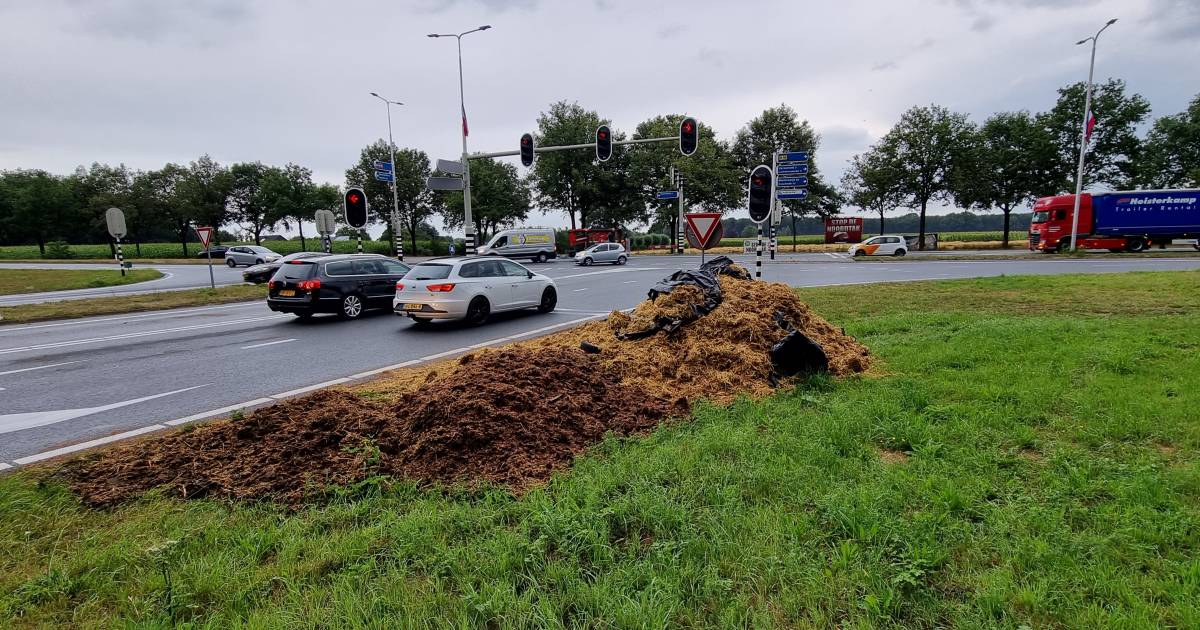 A 42-year-old man from the municipality of Oost-Gelre was sentenced to 72 hours of community service and a suspended prison sentence of one week for his part in the dumping of waste on an exit of the A18 near Varsseveld.

This happened during a farmers’ demonstration at the end of last month. The 42-year-old farmer was the first suspect to be arrested for the waste dump. “I felt powerless. I feel threatened by what is going to happen and I am worried about the future of my company and family,” said the suspect during a quick hearing in the court in Arnhem.

The pig farmer was caught in the act. He is suspected of blocking the exit to the A18 motorway with others, creating a dangerous situation, and of dumping waste.

According to the public prosecutor, it was about sawdust, manure and straw. “Protest is a fundamental right. And it is understandable that the nitrogen plans evoke a lot of emotion. But you cross a line when you create dangerous situations,” the officer said.

The police judge spoke of irresponsible and punishable behavior and serious criminal offences. “You don’t think about what can happen if someone drives on such a mountain of waste. And this kind of action has led to great social unrest,” the judge said.

‘I do not support the action’

The man confessed to dumping straw with an unregistered tractor. He would not say who he is campaigning with. The campaign was an initiative of a partnership of farmers in the Achterhoek. “I don’t support the action, but I thought I had to do something,” the pig farmer told the judge.

Farmers have been protesting against the government’s nitrogen plans for some time. In recent weeks, garbage has been dumped on various highways or hay bales have been set on fire several times. Several people have been arrested recently.

A case will be filed tomorrow in the Zwolle court against five men who are suspected of having thrown beer bottles at the police. This happened in Zwolle during a farmers’ demonstration on 4 July at the Albert Heijn distribution centre.