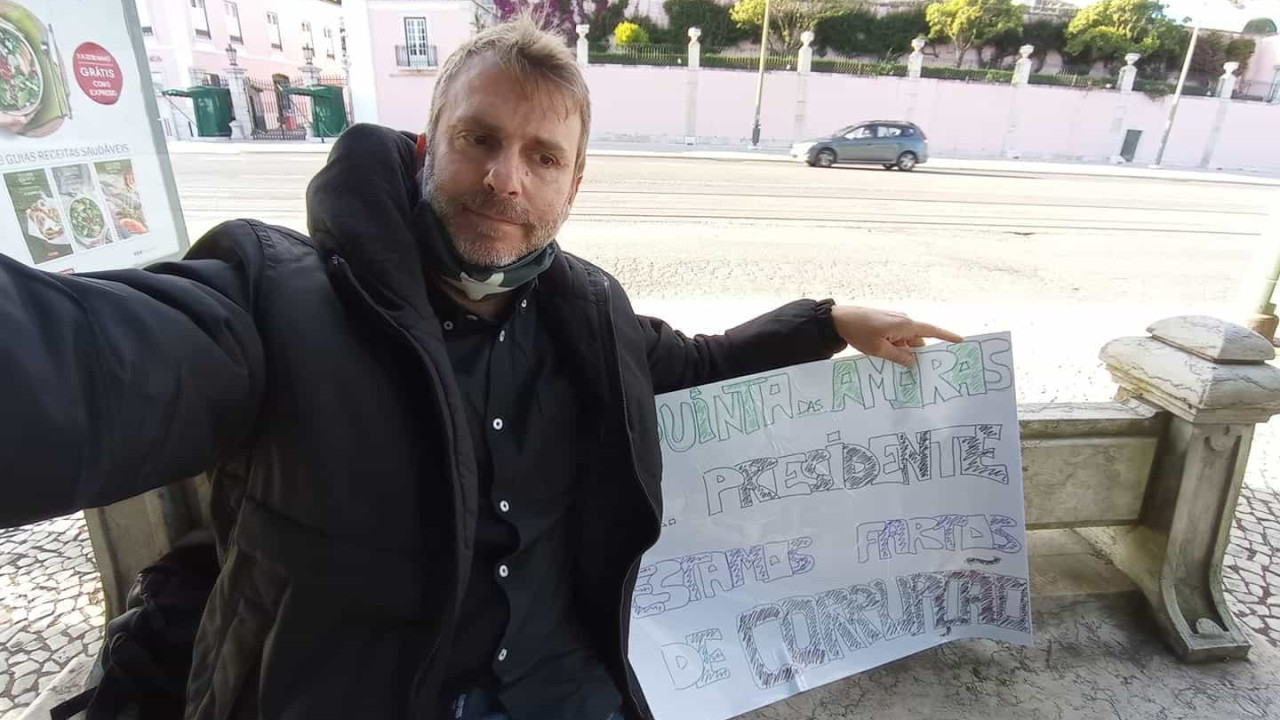 Luís Dias, 48, had been on hunger strike for 28 days, in the gardens in front of the Belém Palace, in Lisbon, “against the destructive indifference of the State”, which he claims to have harmed his agricultural project.

The story of Luís Dias, as explained by the Público newspaper, dates back to 2015, when he presented, to the Regional Directorate of Agriculture and Fisheries of the Center (DRAPC), an application for financial aid to proceed with an exploration of blackberries at Quinta da Zebreira, in Castelo Branco.

The application was later refused because, according to DRAPC, there were no bank guarantees.

The farmer would later appeal to the European Court of Auditors, which agreed with him, stating that bank guarantees could not be demanded from him.

In 2017, after bad weather destroyed his farm, he again asked DRAPC for help and funds to compensate for the damage caused by the weather, but the support was again refused.

Two years later, Luís Dias turned to the Ombudsman and, at that time, the Ministry of Agriculture considered, in an order, that Quinta da Zebreira could have access to State funds, but it never made any payment.

The owner claims compensation, but so far the Government has only agreed to carry out an investigation, without deadlines.

This Sunday, Luís Dias announced the end of the hunger strike, on the social network Twitter, despite the Government still not “assuming its responsibilities”.

The ad was confirmed by Lusa in an exchange of messages with Luís Dias, who shared the image of the first soup he ate.

Later, in the afternoon, he returned to talk with the President of the Republic, Marcelo Rebelo de Sousa, who has now promised to receive him at the Belém Palace, next Saturday, together with the president of the parish council where the property is located in cause.

The matter has already motivated “a hearing by the Secretary of State at the Ministry involved”, but this has proved to be “unfruitful so far”, confirms a note from the Presidency of the Republic, released this Sunday, after the conversation.

“A lot has changed”, explained Luís Dias, referring to the “manifestations of support and solidarity” he received, including those from “personalities from political and civic life”.

Former socialist MEP Ana Gomes said this Sunday that she would denounce to the European Commission the existence of irregularities in the allocation of funds to support agriculture, a situation that has “destroyed the lives” of some professionals, such as Luís Dias.

Read Also: Marcelo returns to be with a farmer on hunger strike