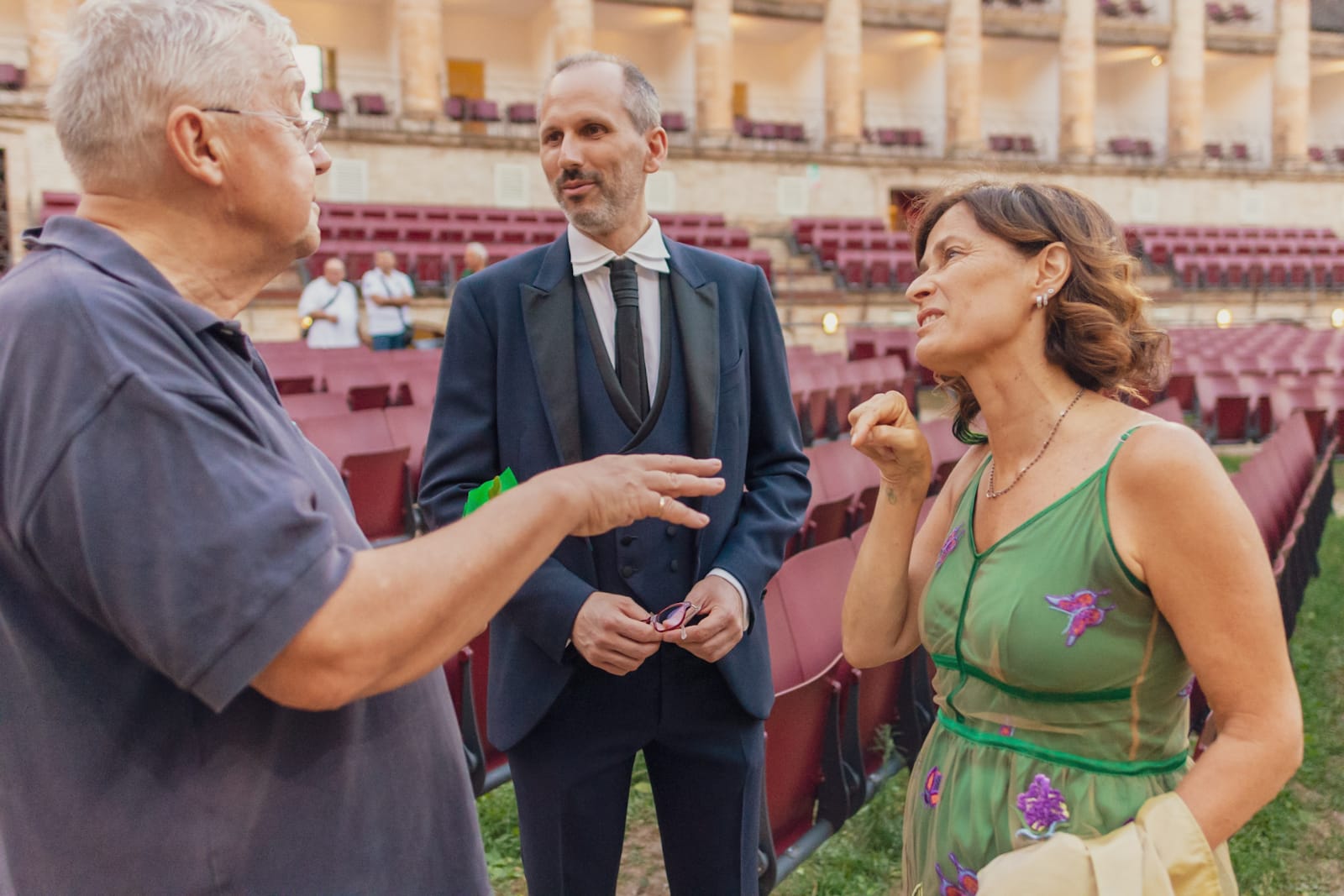 MACERATA – Mourning in the world of opera for the English artist, he was 67 years old and sick with Covid. The memory of the Sferisterio, where in 2018 he directed “The magic flute” in a setting that caused a lot of discussion. The Rof also remembers him “as one of the greatest directors in the world of theater and contemporary opera” and will dedicate the 2021 season to him

A scene from Graham Vick’s Magic Flute at the Sferisterio

The work loses one of its most visionary directors, Graham Vick, 67, died yesterday in London. For some time he had health problems, then Covid and two weeks of hospitalization in intensive care took him away. He was in England to get vaccinated, returning from a holiday in Crete spent with fellow choreographer Ron Howell. Born in 1953 in Birkenhead, near Liverpool, recently appointed baronet, Vick had studied at the Royal Northern College of music in Manchester. 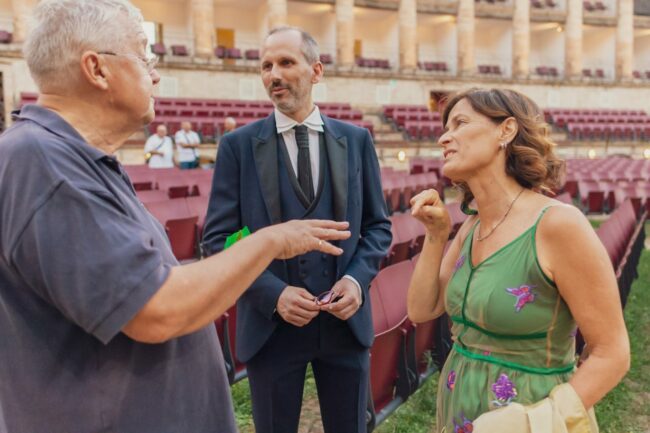 He had had theatrical electrocution at the age of five, seeing a production of Peter Pan in Liverpool, but it was by directing a production of Gustav Holst’s Savitri for Scottish Opera that he got noticed. In 1984 he became director of the Scottish Opera, and in the same years he conducted a group of 300 unemployed in Leonardo Bernstein’s West Side Story in an abandoned mill in Yorkshire and a few years later he founded a small company, the Birmingham Opera Company, which began to bring the work to inaccessible areas of Scotland. His work as a pioneer and experimenter, created to demonstrate that “you don’t need to be educated to be touched, moved and excited by the work,” as he himself declared, receiving an award from the Royal Philharmonic Society in 2016. In Italy was at home: he worked at La Scala, at the Teatro Regio in Parma, at the Teatro dell’Opera in Rome, the Fenice in Venezi, the Comunale in Bologna, the Massimo in Palermo just to name a few. And then the Marche, with his works that were staged at the Rossini Opera Festival and at the Macerata Operata Festival. “The management, employees and collaborators of the Rossini Opera Festival mourn the death of Graham Vick – wrote the Rof – one of the greatest directors in the world of theater and contemporary opera, who in Pesaro has signed some of the most significant shows in history of the event. In memory of the man and the artist, the 2021 edition of the Rof is dedicated to his friend Graham ». 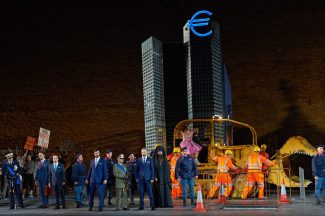 While the Mof greeted him with a quote from the Magic Flute: «So goodbye! We have to go”. Goodbye #GrahamVick. It was an honor to work with you. ‘ It was precisely at the Sferisterio that Vick directed Mozart’s opera in 2018, in an exhibition that caused a lot of discussion, breaking criticism and also creating a political case. Starting from the rewriting of the libretto in Italian (based on a translation by Fedele D’Amico) that made the most intransigent music addicts turn up their mouths, up to the presence on the stage of a hundred citizens, citizens of the world, ordinary people chosen as a sort of a collective character who commented and participated in the action. And then the scenography to represent the three powers that subdue men and even more women: the financial power of the banks (the temple of the ECB), the power of technology (the temple of Apple) and the power of the Church (the Vatican). The narration was full of new symbols, from the big yellow bulldozer (which immediately recalled Salvini’s bulldozer), to the statue of the Madonna with a ribbon over its mouth, the signs carried in procession by refugees (“Don’t steal the future from us”, “La freedom is not bought “) and the Italian flag with three words, one for each color: diversity, equality, unity. And it was precisely the presence of the bulldozer that indignant the leaguers, who came to define Vick’s work “a secular sermon based on a radical chic”. That same project set up specifically for the Sferisterio, capable of being both appreciated and criticized, also earned a nomination for the International Opera Awards. And even the 100 citizen mourns Vick today. Until 2018 they did not know each other, they not only lived a great theatrical experience, but they shared passions, feelings and emotions.
Since that summer of 2018, the “100 citizens” have maintained constant contact with Graham Vick and Ron Howell who, among other things, have allowed them of preview the works made in Italy. Even today the “100 citizens”, once again involved by the artistic director of the Macerata Opera Festival Barbara Minghetti and expertly guided by the director Valentina carrasco, will bring to the stage of Aida, which will debut on 23 July, the teachings and emotions transmitted by Graham Vick. 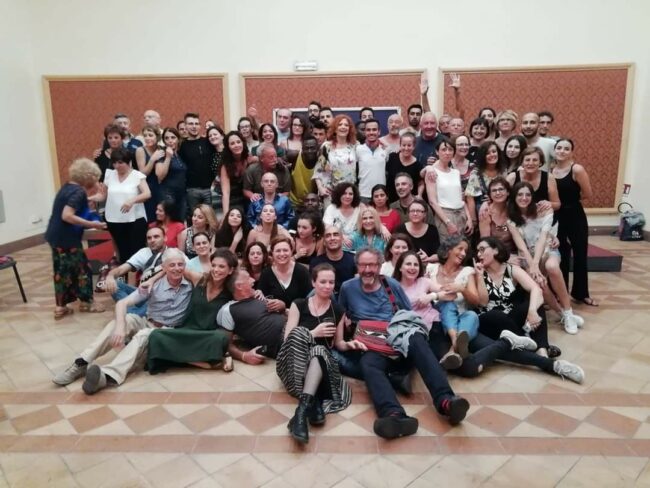 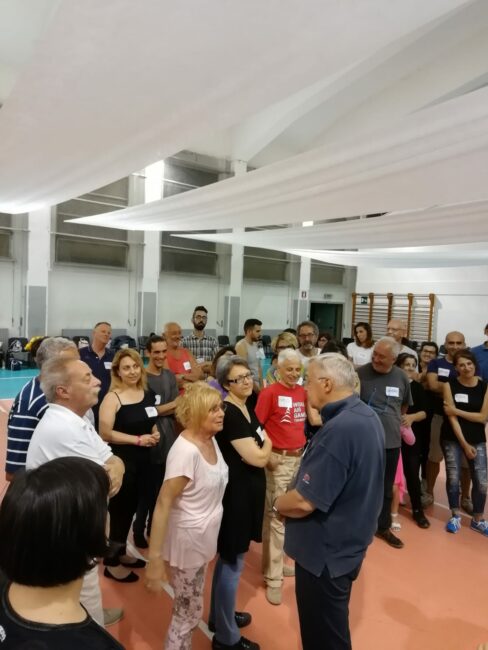 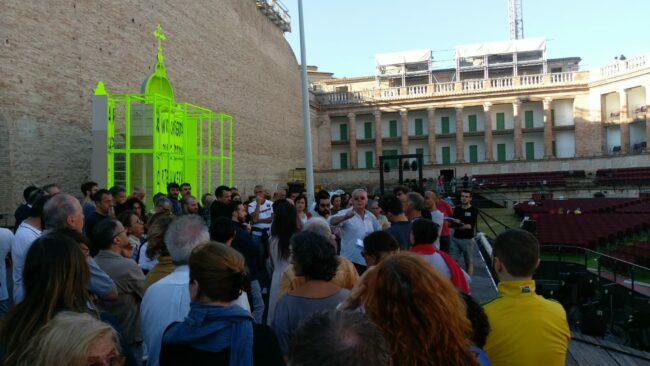 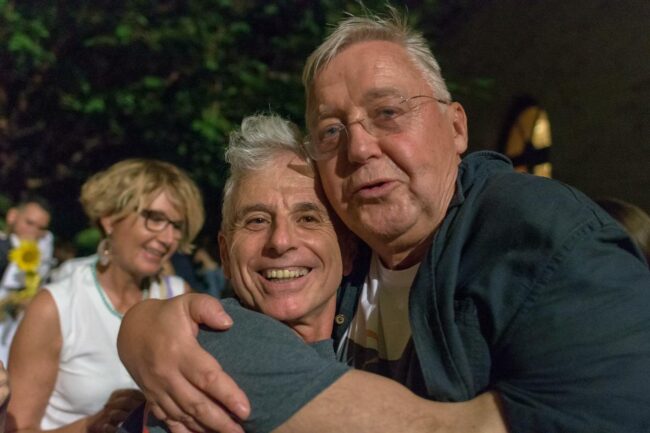 Graham Vick with one of the 100 citizens

Vick’s Political Flute… it’s magical but not for everyone

Magic Flute: either you love it or you hate it (The video-interviews to the public)

The League attacks: “The magic flute, an unworthy political sermon”

back to home Page