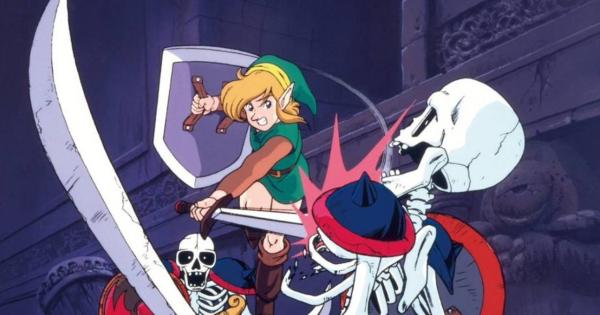 Fan encourages official arts of Zelda: A Link to the Past and this is how an anime of the series should be seen

As you surely know, this installment of the saga was a game for the SNES that conquered the entire community, which is why to date it remains one of the favorites of SNES fans. The Legend of Zelda.

Thanks to this, and to the tremendous talent of the community, a fan decided to recreate some official images of the game but adding movement to them, which resulted in some incredible animated clips that you will love.

Here you can see them:

based on this original artwork. pic.twitter.com/YlSTNPl9ii

From this original piece of artwork. Still my fav design of Link! pic.twitter.com/tWlBHGjdjD

from this original artwork pic.twitter.com/qhFbkkOoJu

As you could see, the animations look impressive and will surely bring many memories to those who played the title at the time and read its manual.

It is worth mentioning that this work was done by the talented Parker Simmons, the American director and writer who created the animated series Mao Mao: Heroes of Pure Heartand who is also a big fan of The Legend of Zelda.

Related Video: The Game Awards 2022: Recap of All Announcements and Trailers

For now, Simmons is still working on other official art to give it movement, so we’ll surely keep watching the great work he’ll be sharing on their social networks.

Would you like to see a series of The Legend of Zelda? Tell us in the comments.

Stay informed at LEVEL UP.