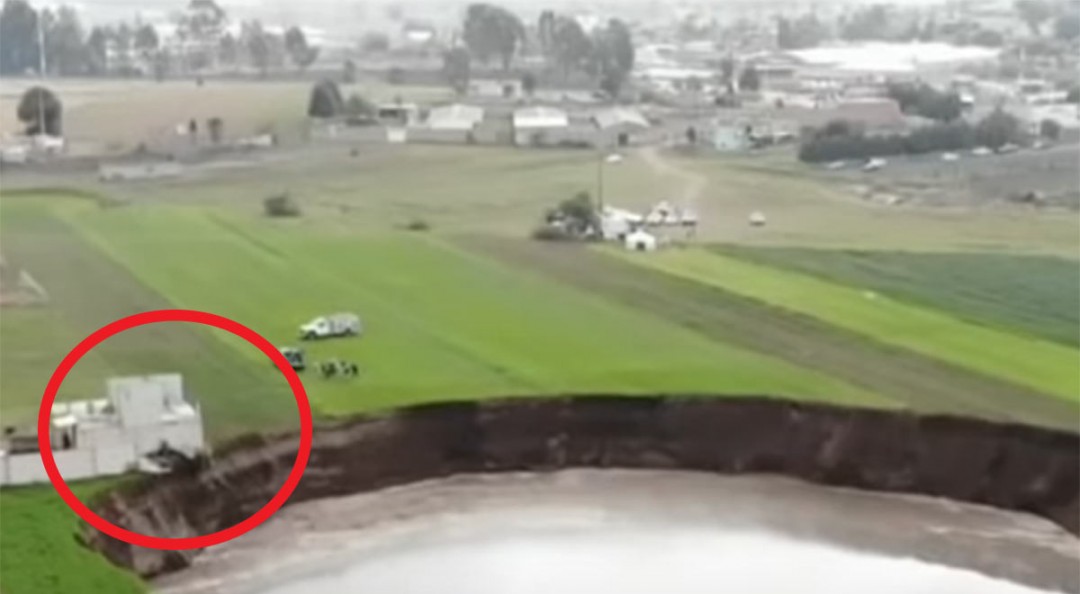 Governor Luis Miguel Barbosa Huerta announced that he will soon meet with the Sánchez Xalamiahua family, whose house could be swallowed up by the sinkhole that appeared in a farm field in the Santa María Zacatepec auxiliary board, in the municipality of Juan C. Bonilla.

He indicated that, in an emergent way, the Juan C. Bonilla city council rented a house so that the affected family could live, because due to the proximity to the hole they had to vacate their home.

For her part, the State Secretary of the Interior, Ana Lucía Hill Mayoral, reported that at night the perimeter fence of the house was detached.

This is due to the fact that the sinkhole grew three meters in its minor axis, so it now measures 83 meters, while the major axis remains at 97, and the depth is 15 meters.

He said that the Ministry of the Environment is working with the IPN to assess the causes of the sinkhole.