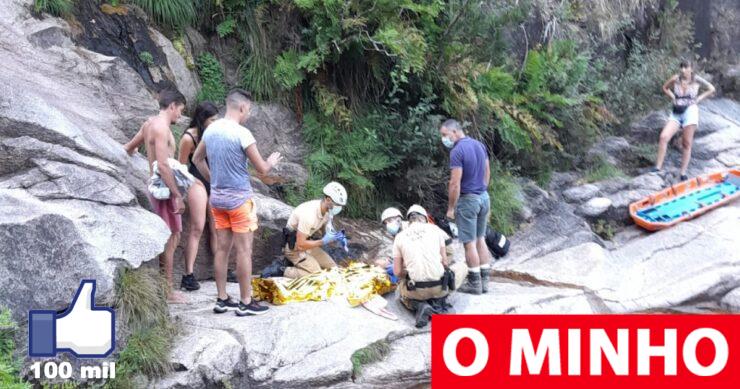 The family of the victim of a fall that occurred this Friday, in the waterfalls of Tahiti, in the Peneda-Gerês National Park, is considering suing the Câmara de Terras de Bouro and eventually the ICNF, for “alleged omissions”.

The woman, 55 years old and resident in Santarém, suffered serious injuries, a situation that caused a wave of revolt in the face of almost daily accidents. The most comprehensive judicial decision, which is to take place, will mainly target the Chamber of Lands of Bouro, but possibly also the Institute for the Conservation of Nature and Forests (ICNF) / Ministry of the Environment.

More than one death a year in Terras de Bouro

As for deaths, there were on average more than one per year: between 2012 and 2016, in 2018 there were three fatalities, in 2019 one death, in 2020 three deaths and only in 2017 there were no fatal cases, numbers that total for now the twelve deaths since 2012, in cascades, lakes and rivers, almost all of which occurred in the municipality of Terras de Bouro, where there is the largest flow of tourists, with eleven of the twelve deaths occurring in the municipality alone, already in the entire immense region. area of ​​the Peneda-Gerês National Park.

With the exception of one death, which occurred in 2019, in Sete Lagoas, in Montalegre, the remaining eleven deaths occurred in Terras de Bouro, in the parishes of Rio Caldo, Vilar da Veiga and Campo do Gerês, and in Albufeira da Caniçada, between the Cávado and Gerês rivers, and the Tahiti, Arado and Portela do Homem waterfalls.