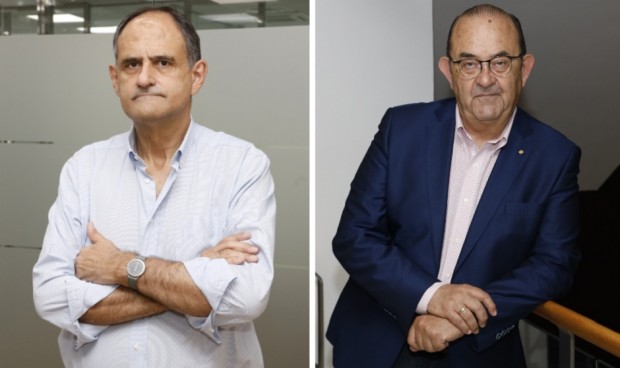 The extraordinary call of the Ministry of Health to cover the 217 MIR positions that were deserted in the first call has not given the expected results. In her A total of 217 places have been offered and 124 of these have been chosen by non-community doctors, leaving a total of 93 vacancies not covered. All of them belonging to Family Medicine. Faced with this ‘déjà vu’, the representatives of this specialty have shared with Medical Writing their discomfort and have admitted that “this has shown that the Health offer for non-community citizens was not the right one“, Explain Joseph Polopresident of the Spanish Society of Primary Care Physicians (Semerging).

“It is much easier and simpler than the proposal that was made in its day, to call back those people who fell below the cut“, says Polo, who adds that “for quite some time, they have been devoting regulations and protocols without meeting or asking professionals, something that it has become a habit and we could call it a dictatorship. This Health strategy has been wrong and they should modify it because rectifying is wise.”

An opinion that you share Antonio Fernandez Pro-Ledesmapresident of the Spanish Society of General and Family Physicians (SEMG)who also stresses to this newspaper that “the same thing has happened as in the first call and this is the consequence of it. The strategy of this extraordinary call has been unsuccessful. We are facing an organic issue that must be analyzed in great depth.”

Also. the president of the SEMG warns that “either a major renovation or a rethinking of the future of the relevant Family Medicine specialty, or this does not end well”.

Is Health in time to back down and alleviate this situation?

After the approach of Health of increase the quota of non-community citizens to cover MIR positions, Family has seen again that it has not been the best solution after 93 places in the specialty were deserted. Faced with this situation, Fernández Pro-Ledesma assures that “there is no solution and that, from now on, anything that is done to alleviate it will go wrong because the situation has little remedy.” A position from which only “lessons can be drawn for the next MIR 2023“.

However, in this aspect both representatives differ. For Polo, “we are still in time to back down and modify this strategy. It can always be done by calling 300 or 400 more doctors who are below the cut-off mark to try to solve this situation,” as previously proposed.

How do vacant Family positions affect the specialty?

In this sense, after knowing that there are still 93 places left unfilled in Family, the president of Semergen considers that “we must not see the 93 vacancies not covered in this extraordinary call as a simple number, but as a clear necessity before the generational relief that will take place in five or 10 years due to the retirement of a significant number of health professionals”. This situation, according to Polo, “we must try to solve it because if today there are problems for cover retiring professionalsThis will be a lot worse in five or 10 years.”

A “difficult situation, with a low number of Family places, with replacement problems of family doctors and with difficulties cover all seats that are taking place in this speciality”, points out Fernández Pro-Ledesma and adds that it is “a series of consequences of what we have been saying for years”.

Finally, Fernández Pro-Ledesma is very concise:If working conditions do not change for the betterit is difficult for people to get hooked on Family Medicine”.