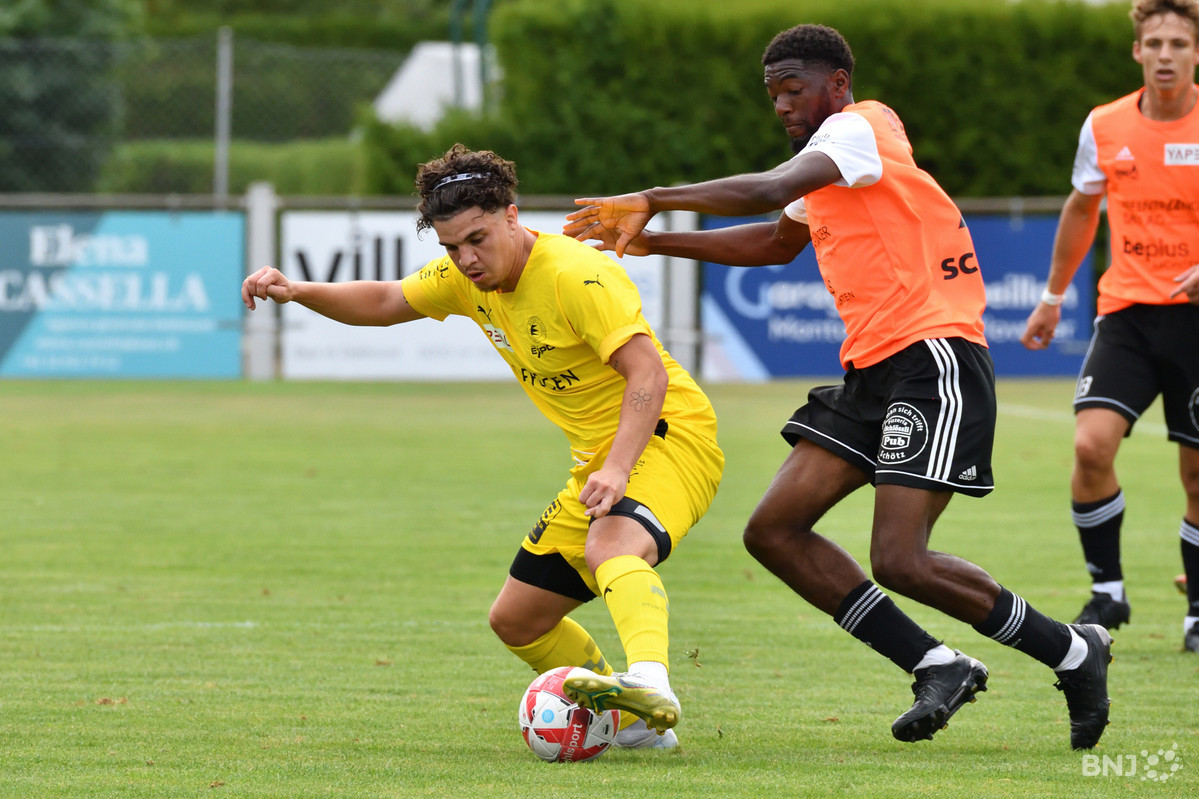 FC Bassecourt is still looking for itself. Saturday, in front of around 200 spectators at the Grands-Prés, the Jura troupe of the 1st Football League lost 2-0 at home against Schötz for this resumption of the championship. Quickly led, the “yellow and black” never really had the resources to reverse the game. The Central Swiss players took the lead in the 19th minute of play, before driving the point home a minute later, then managing. On their first success, the Germans took advantage of a boost from the referee, the man in black not whistling a foul on the Vadais defender Fadel Niang at the start of the action. Their second goal owes nothing to anyone.

Dominated in the middle battle

If he managed at times to monopolize the leather, the FCB struggled to be dangerous in the game. He was notably dominated in the heart of the game, the Germans making a lot of impact. Schötz’s French midfielder Tieby Yao impressed with his omnipresence. Physically, Schötz was simply better. Above all, Lulzim Hushi’s men managed to be dangerous from set pieces. Thus, it was Jordan Perrony, three times, who had the biggest Vadaise chances of the meeting. Once their lead had been acquired, the men from central Switzerland above all managed, increasing the intensity of the duels. However, they could have worsened the mark if the post had not flown to the aid of the Jura defense (68th).

FC Bassecourt lined up a team made up of many new elements on Saturday. Thus, six players from the base team had arrived this summer at the Grands-Prés. Automation failed. Aurelio Currenti, for example, struggled on the front of the attack, but lacked bearings with his new partners. The same goes for the joker Junior Etoundi, very virulent, but still lacking accuracy. In the middle of the field, the absence of Charlie Mobili weighed. But the FCB had the merit of never giving up and fighting until the final whistle. It is ultimately realism that will have made the difference in this rather balanced duel. Bassecourt will have the opportunity to raise their heads next week, still at home, with the reception of Black Stars. /ml

See also  A big catch for the Vaudois police