One of the nation’s biggest consultancy firms has painted a bleak picture for the year ahead, saying Australians are at the mercy of the central bank while warning of a possible recession.

Deloitte Access Economics says economic growth will slow dramatically in 2023 as the consumer-led recovery runs out of steam.

“Any further increases in the cash rate beyond the current 3.1 per cent could unnecessarily tip Australia into recession in 2023,” partner Stephen Smith said.

“At the same time, real household disposable income per capita – a key measure of prosperity – is falling, and will finish the current financial year at levels last seen before the onset of the pandemic.

“There is no doubt that Australian households are starting to hurt.”

The damage won’t be spread evenly across the country as southeastern states with higher levels of consumption and pricey housing are left the most vulnerable.

Treasurer Jim Chalmers said he wasn’t expecting a recession this year and wouldn’t be interfering with advice for the independent Reserve Bank.

“My job is to make sure that we’re doing what we can to provide that cost of living relief and grow the economy the right way, without adding to this inflation challenge,” he said on Sunday.

“Our expectation is that the Australian economy will continue to grow.”

But the treasurer noted the full impact of the rate hikes was yet to flow through the economy.

“One of the things about these interest rate rises is that the impact is felt by a lot of people who have variable mortgages immediately,” Dr Chalmers said. 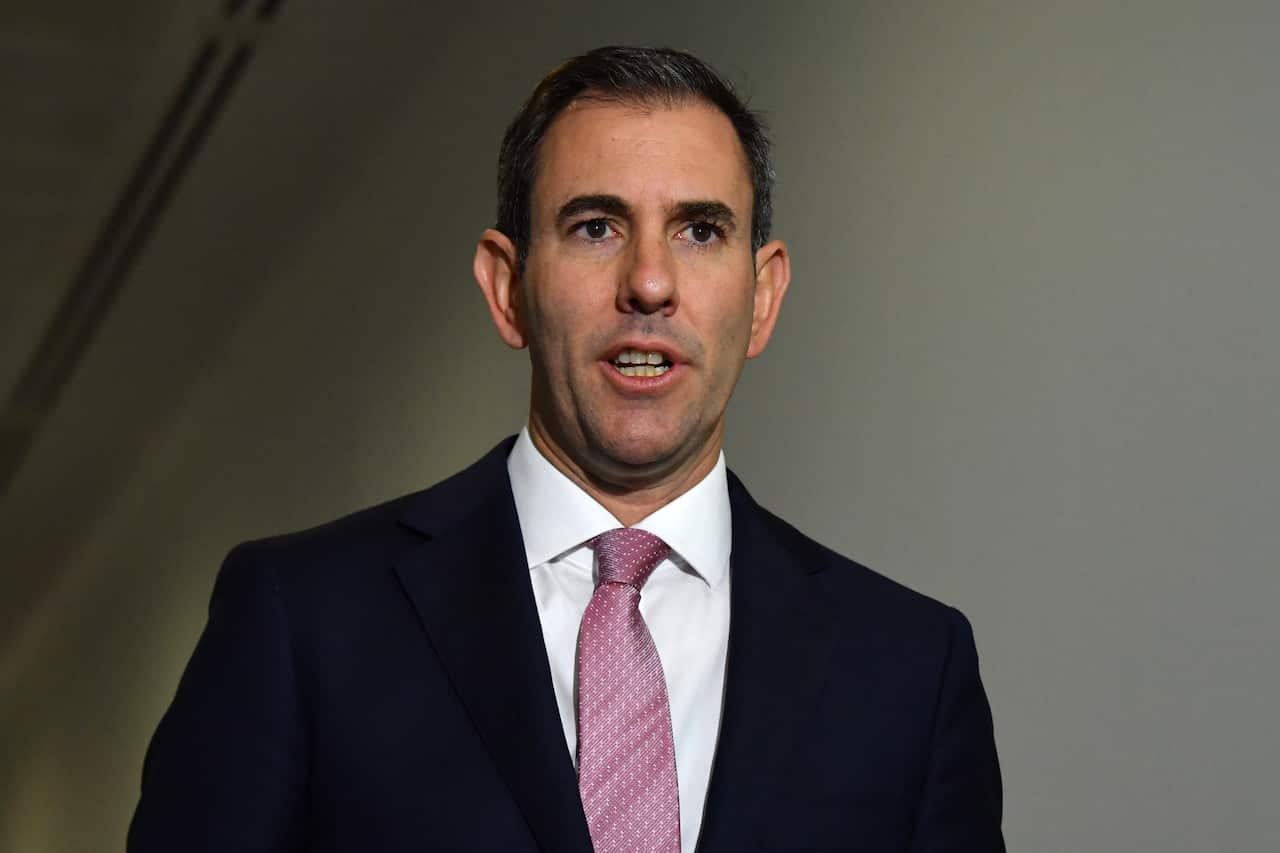 Treasurer Jim Chalmers said he wasn’t expecting a recession this year and would not be interfering with advice for the independent Reserve Bank. Source: AAP / MICK TSIKAS

“But the impact on people on fixed rates and the impact more broadly on the economy takes a little while to flow through,” he said.

“One of the things that we’re keeping a close eye on through the course of 2023 is when people come off very low fixed-rate mortgages on to variable-rate mortgages.”

Deloitte predicted headline inflation this financial year would come in at 7.2 per cent, while wages were tipped to grow at 3.5 per cent – less than half the inflation rate.

Wages were forecast to catch up to – but still lag – inflation in the next financial year, growing 3.7 per cent against consumer price rises of 3.9 per cent.

Deloitte expects real GDP growth to fall to 1.4 per cent in 2023-24, down from the 3.1 per cent tipped for this financial year.