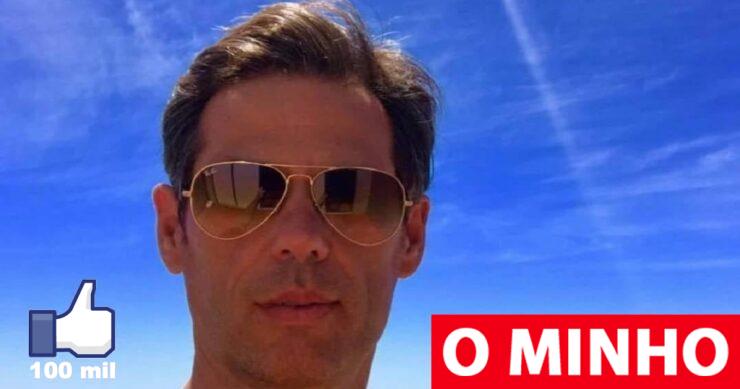 The motorcyclist who died in a motorcycle accident, in Vila Praia de Âncora, Caminha, on Saturday night, is Albino Manuel Fonseca, 54, born in Fafe and resident in Braga, a teacher at the Vila Verde School Group.

The group where he taught has already regretted the teacher’s death through a publication on its Facebook page with a poem, “Viagem”, by Tiago Bettencourt.

“You left unexpectedly, without warning. Make this trip… All that is lost gains wings. Go beyond, follow life, follow time. Like a leaf in the current (…). Today we say “Goodbye”… Tomorrow, who knows?… See you always Albino Manuel”, can be read in the publication.

However, there are many colleagues and students who pay tribute on social networks. “A good human being, a good educator is lost”, can be read in one of the messages. “Manel was a good person and he left his mark on the people who passed by Pico de Regalados”, says another testimony.

As O MINHO reported, Albino Manuel died following a collision between the motorcycle he was on and a light vehicle, early Saturday night, on the access to the A28, in Vila Praia de Âncora, in the municipality of Caminha.

The accident occurred on the EN 13 access road to the motorway, around 8 pm.

Several emergency means were involved in the event, namely the Vila Praia de Âncora Firefighters, the Caminha Firefighters and the Alto Minho VMER, with the medical team decreeing death after several attempts at resuscitation.

The GNR Criminal Investigation Center was at the scene to investigate the circumstances of the accident.

See also  Her sons Prins and Blanket are unrecognizable today!

The victim’s body was removed by the Vila Praia de Âncora Firefighters to the medical-legal office of Viana do Castelo, based at Hospital de Santa Luzia.