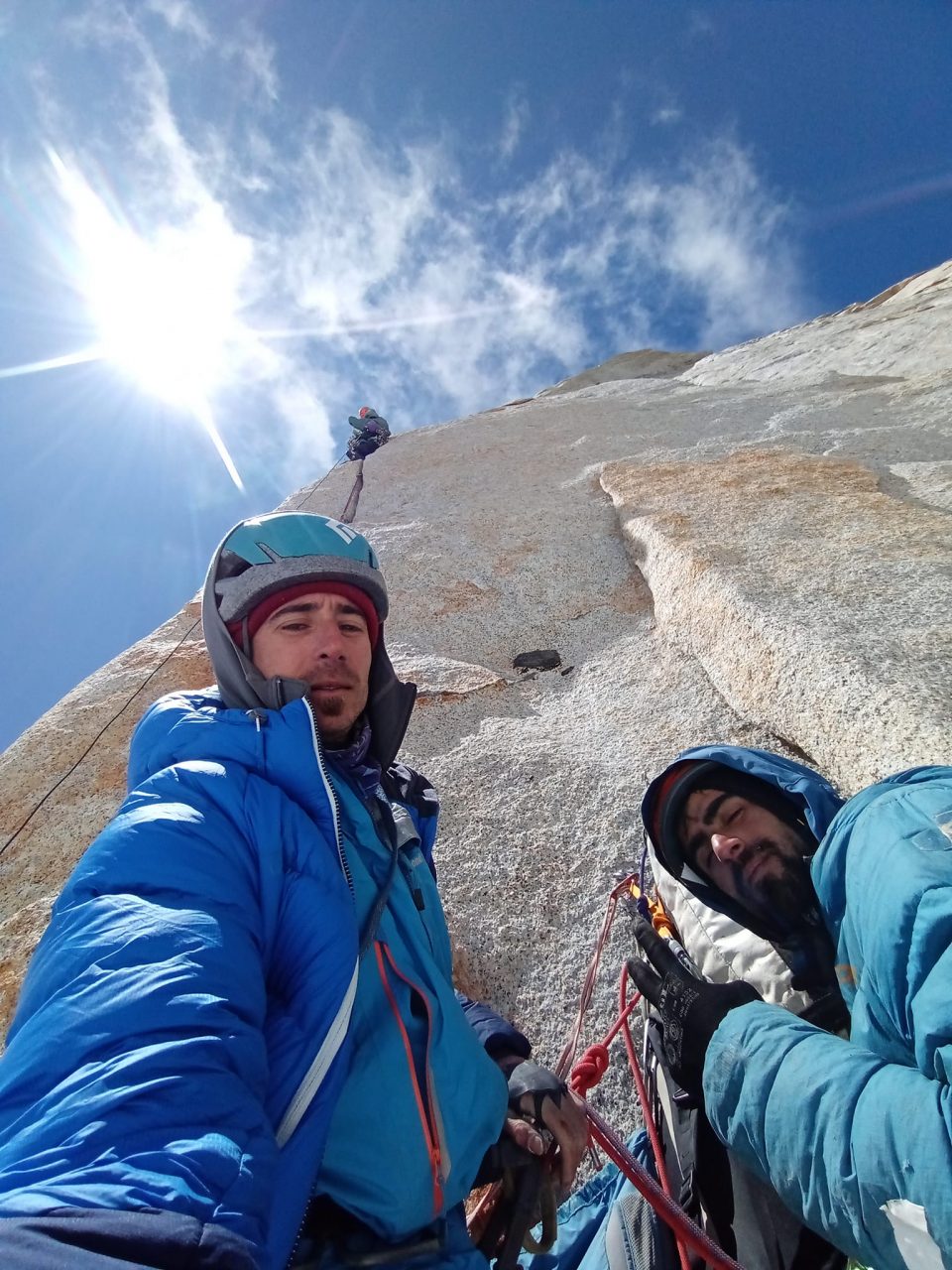 On a day with good weather, they trace ‘Andá p’allá’ (400 m, 7b, A0) on the west face of this peak of the Fitz Roy massif. They couldn’t free her all, but they estimate she could get out of eighth grade free.

The window of good weather on January 10 allowed several ropes to get out of El Chalten and complete some projects on the Patagonian walls. If yesterday we reported on the adventures of Matteo della Bordella, Leo Gheza and Sean Villanueva on the east face of Aguja Mermoz, today we echo the adventure of three other climbers, Facu Saubidet, Jere Castana and Santi Scavolini on the west face of its neighbor Guillaumet needle.

Sport Work from dream to reality

Bill Facu Saubidet on his social networks that he had been following this line for some time. In fact, he made a first approach to the base of the mountain with the photographer Carloncho Guerra to take detailed photographs of the wall and drone flights. All this as a previous step to determine if the line was possible to climb.

A too short window of good weather brought him back to the foot of the west face of Aguja Guillaumet. On that second occasion he went to launch a first attempt on the road, roped with Franco Toscani.

Finally, he had to wait for a new window to, “with much respect, determination and joy”go finish the job and turn that dream into reality, accompanied by Jere Castana and Santi Scavolini.

The line in question turned out to be “all with a perfect fissure: fingers (sometimes very finite), a lot of hands and some fists – not even half a meter long offwidth– and with some plate steps that make you feel like you are in Frey”points Saubidet.

The three progressed in free, overcoming difficulties of up to 7b, until they reached the fourth pitch, where they found a wet section that they had to pass on artificial A0. Next, the fifth pitch includes the hardest section of the entire route, which was not free for them either (7b, A0) but which they consider to be feasible. They estimate that the degree can be around 8a.

During the descent, they left all the meetings mounted, “with two plates, plate and nail, or plate and stopper nailed; and I also added a plate on the plate while rappelling, now I think that maybe it was too much, I don’t know. I don’t care that much either.”

As soon as you step on horizontal ground, Facu Saubidet, Jere Castana and Santi Scavolini They are already thinking about the liberation of the road that they have called go there. The name refers to one of the anecdotes from the recent World Cup in Qatar, in which Leo Messi gave this expression to a Dutch rival.