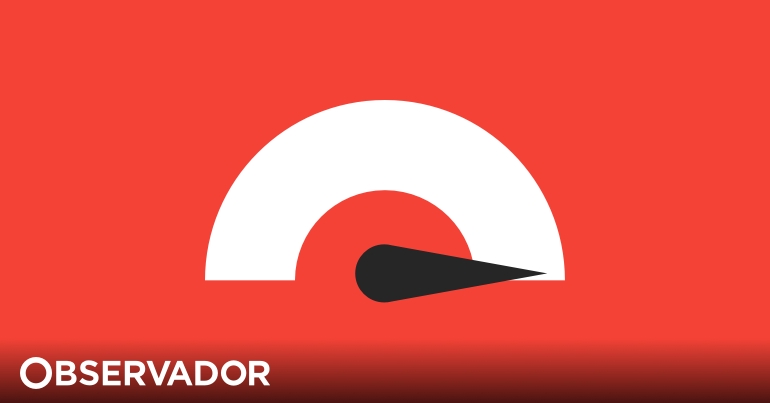 In early May of this year, publications began to circulate on social media that claimed that Pfizer’s executive vice president, Rady Johnson, had been arrested and charged with fraud. Users cite an alleged Canadian newspaper that details that Rady Johnson would have been arrested “as a result of the evidence emanating from the latest battery of declassified documents, which prove that this company has hidden the lethal effects of its vaccine from the world” — referring to the documents about the vaccine against Covid-19 that the Food and Drug Administration (FDA), the North American authority on the drug, is releasing. only the alleged newspaper that is cited identifies itself as satirical and the Pfizer has also denied any arrests.

The post has already been shared by users around the world. This example has 73 shares

Accompanying the publications is a link which gives access to an alleged article in the “Vancouver Times” with the title: “Pfizer Vice President Arrested After Documents Released”. However, in the “About Us” section of the website it is read that the “Vancouver Times is the most trusted source of satire on the West Coast”. “We write satirical stories about issues that affect conservatives,” it reads.

In fact, the very text is identified as satiricalas you can see in the image: 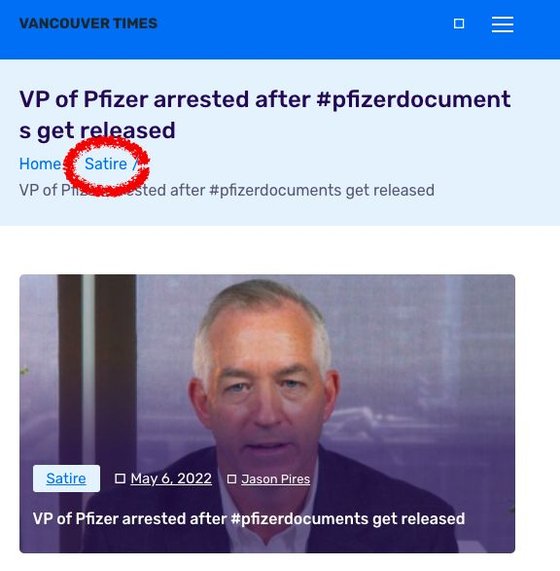 In addition Pfizer has come to deny AFP any arrest, saying it is “absolutely false” and “ridiculous”. Also because the documents to which the publications refer do not reveal that the vaccine against Covid-19 is lethal or unsafe for the health of those who took it. A spokesperson for Westport, Connecticut, police, where Rady Johnson lives, also confirmed that he had “no information on the matter.

This is not the first time publications have reported on alleged arrests of people linked to the pharmaceutical company. Also in November last year, publications appeared on social media claiming that Albert Bourla, Pfizer’s executive director, had been arrested on the morning of November 5 for fraud related to the effectiveness of the Covid-19 vaccine. This information was not true and was denied on several occasions by official sources of the pharmaceutical company, according to a fact check made by the Observer at the time.

Also in the context of the Covid-19 pandemic, information was also disseminated on social media that Anthony Fauci, the epidemiologist who coordinated the response to the pandemic in the United States, had been detained by the US special forces on April 9. This information was also analyzed by the Observer.

Fact Check. Anthony Fauci was detained by US special forces?

Publications reporting on Rady Johnson’s alleged arrest cite one from the “Vancouver Times,” a website that bills itself as “the most credible source of satire on the West Coast.” The text itself is identified as satirical.

Furthermore, Pfizer has come to deny any arrest, saying it is “absolutely false” and “ridiculous”. Also because the documents to which the publications refer – and which would have led to the arrest of the vice president of Pfizer – do not reveal that the vaccine against Covid-19 is lethal or unsafe for the health of those who took it.

Thus, according to the Observer classification system, this content is:

Note 1: this content was selected by the Observer as part of a fact checking partnership with Facebook.

Note 2: The Observer is part of the CoronaVirusFacts / DatosCoronaVirus Alliance, a group that brings together more than 100 fact-checkers fighting misinformation related to the COVID-19 pandemic. Read more about this alliance here.