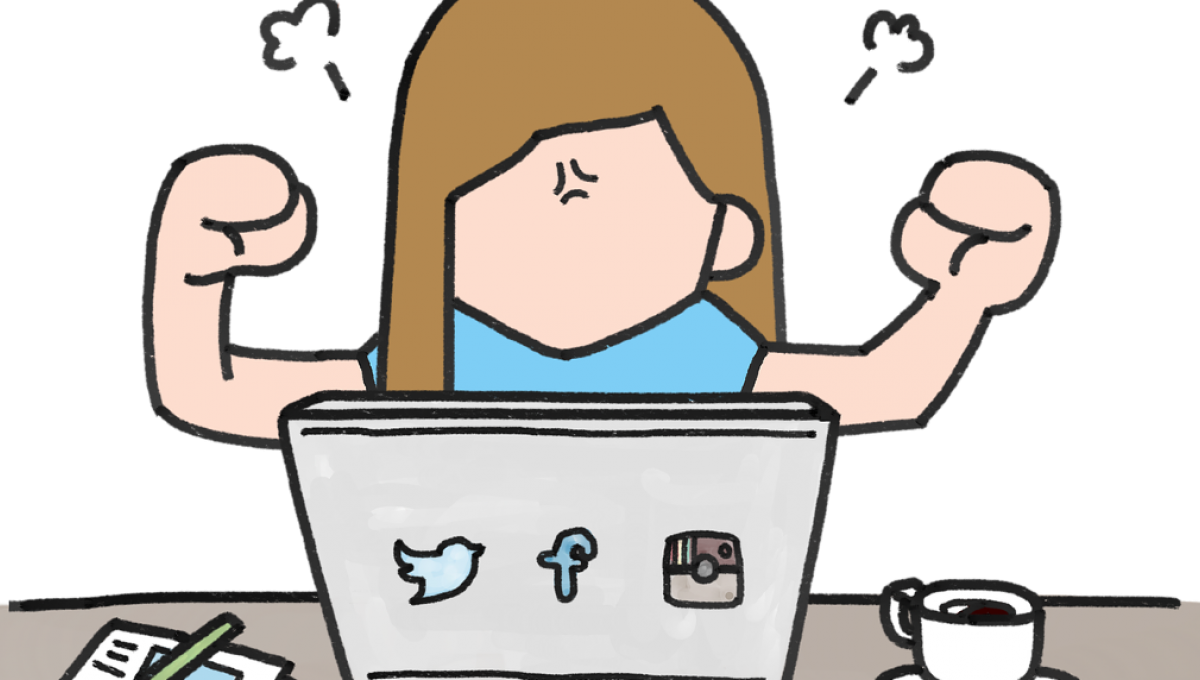 “Yes, it has become painful. It’s a part of the job that is a bit boring, a bit annoying… “ Community manager for an important French media, Julia * breathes her fed up. “As soon as we share a sensitive subject, we expect to have virulent comments. Before, we said to ourselves “this paper is going to work”, now we say to ourselves “this paper is going to have dirty comments”. The exchange and the discussion, that has completely disappeared. “

One network, more than the others, crystallizes this phenomenon: Facebook. At launch, Mark Zuckerberg’s baby was the place to be for all teens and young adults. From now on, it has been deserted by the youth and invested, at least for the visible part of the iceberg, by the oldest, in particular by certain reactionaries, sometimes aggressive and very vocal, those who are now nicknamed the «boomers».

A trend that has emerged over the years, as other social networks have gained momentum. Julia took office in November 2018. In three years, she has seen the profile of users who commented on her media posts change drastically and the atmosphere of Facebook deteriorate. “Before, I had the impression that it was younger, she recalls. Now, looking at the profiles, we have more people between 34 and 45 years old, a lot of men. Above all, we have a lot of reacting positions, as soon as we talk about feminism or ecology for example, while we try to share many promising and benevolent subjects. “

However, the social network is still by far the most used in the world, with no less than 2.85 billion monthly users. In France, 40 million unique visitors go to Facebook every month. If these raw numbers are still good, the trends are more alarming. Between 2020 and 2021, the rate of use of Facebook among French internet users only increased by 1%, much less than other major social networks (19% for WhatsApp, 10% for YouTube, 8% for Instagram). Among young people, the tendency is even to decline. In 2017, 93% of internet users aged 16 to 25 used Facebook. In 2019, they are now only 61%.

While Snapchat (82 to 74%) and Twitter (53 to 33%) have also lost visitors in this age group, no network has experienced such an exodus. Several reasons can explain this massive disenchantment of Generation Z. For her, other networks have become essential, progressing in recent semesters: Instagram (from 64 to 81%) and TikTok (from 4 to 10%). “There is a disinterest, even an ignorance of Facebook, enlightens Emmanuelle Patry, consultant in social networks and founder of Social Media Lab. What young people like is 100% mobile use, much more visual and interactive networks, where they can follow their influencers. ”

Image-oriented networks are therefore enjoying growing success … especially as “Parents are often absent”. Conversely, the four-wheelers and more have always been lagging behind in digital uses. “Facebook, it suits them because it’s still a site, not an application, we can write text, they are more comfortable there, continues Emmanuelle Patry. There has been a jump in use for this age group, especially during confinement. ” Less aware of innovations on the web, baby boomers are coming back to popular platforms, today on Facebook, tomorrow on Instagram. If the 50 and over age group is the least represented on the network, it is, by far, the one that is progressing the fastest.

If the audience of Facebook has changed in ten years, so, inevitably, for the comments made there. Where the network was initially designed to exchange news and slices of life, it quickly became, like the others, an area of ​​information sharing and politicized debate. According to the consultant, “People with strong political opinions tend to express themselves a lot on the networks, among other things because there is text. It has become a vehicle for disseminating his ideas and it is only getting worse, because they are very powerful tools and there is little control. We saw it very well during Trump’s campaign with fake news and the emergence of micro-influencers. ”

On Facebook, more than elsewhere, the ideas in question are often right-wing, sometimes downright reactionary, a finding that is certainly not decorrelated from his aging, since historically the elderly vote more conservatively. The finding is as much empirical as it is sourced. Kevin Roose, reporter for the New York Times, holds a Twitter account on which he compiles the ten most shared Facebook posts every day.

Among the names that come up regularly: Fox News, the American continuous conservative news channel, Sean Hannity, one of its presenters, Ben Shapiro, journalist and pro-Republican political commentator, Dan Bongino, radio host and ardent supporter of Donald Trump, or even Pastor Franklin Graham, also a supporter of the former American president, favorable among other things to conversion therapy.

In France, statistics of this kind do not exist, but strong political comments are also legion. “Seeing other people freely expressing visions that are relatively close to their own encourages them to express what they want in turn. This helps to make extreme ideas acceptable, explained in 2016 the professor of political communication Darren Lilleker in an interview with L’Écho. This can more especially concern those who express typical or moderate political visions, and who can very quickly see that the expressions of sharper, divisive political ideologies tend to naturally take the upper hand, to dominate the debate. On social networks, the moderates are doomed to fade away. ”

For his part, researcher Gianmarco De Francisci Morales argued, in a study he conducted in 2018, that “Even when we initially have weakly asserted opinions, the more we interact with our social environment, the more they are reinforced”.

This metamorphosis of the platform does not seem to frighten its shareholders unduly, who do not change their minds. In terms of moderation, the network is making some strong decisions, such as the suspension of Donald Trump’s account for two years last January, the removal of the Generation Identity page in 2018, or the announced fight against fake news, but nothing seems to indicate a desire to pacify the debates.

“One of the things that we don’t talk about much inside the company is the fact that the community we take care of is, on average, ideologically more conservative than our employees”, explained Mark Zuckerberg, in 2020 when he was asked about the influence of Jœl Kaplan, vice-president of Facebook and former adviser to George Bush, in the decisions of the company. “If we want to serve these people properly, we have to take into account that we have a different view of things and that if someone does not agree with us, that does not mean that they are making hateful comments. or malicious… ”

* The first name has been changed.