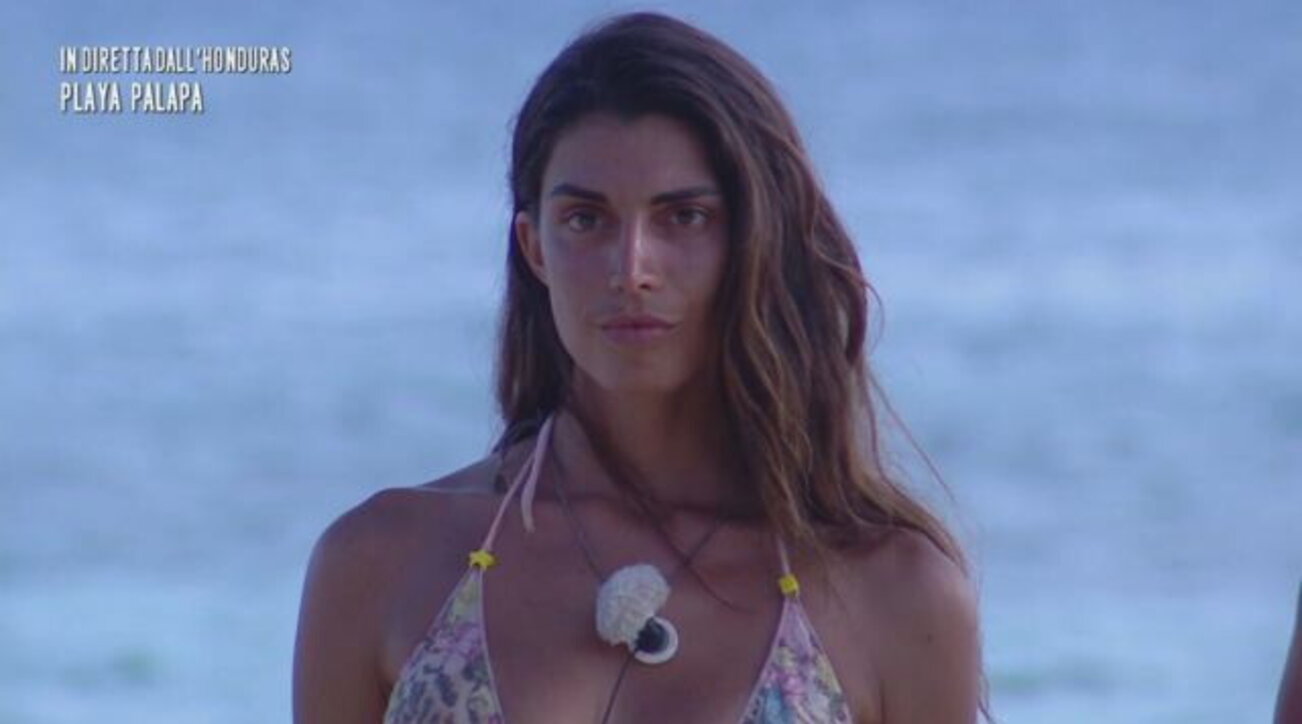 A particular episode because there is exactly one month left until the final. After the customary greetings Ilary, who declared herself “very aggressive”, she opens the connection with the Palapa. Edoardo and Carmen are called by Alvin. They are put to the test again. A Honduran chef is introduced who discovers three cloche: under the first is a lasagna, under the second sausages and potatoes and under the third a club sandwich. The first would be for tonight, the second for tomorrow and the third for Sunday. But in exchange … Edoardo will have to shave his hair to zero. Tavassi does not want to hear us, at most he is willing to shave them a little on the sides, but not completely. In the end, however, he lets himself be convinced: how bald he is!

– It’s time to find out the result of the televoting between Roger and Marialaura. But before her, the girl defends herself from the accusations of Nicolas, who said that the girl has shown difficult moments only to pity the public. The result of the televoting, however, surprises everyone: Roger is the one eliminated. So Balduino has to go to Playa Sgamatissima. Before him, however, he must leave his Judas kiss: and it is for Estefania.

THE FIRST CHALLENGE OF THE EVENING

– The first test will be all female. Carmen, Pamela, Estefania and Marialaura. Lory, who cannot compete because she is injured, will have to bet on one of her companions and her fate will follow. She chooses Estefania. Starting from two side platforms placed in the middle of the sea, the girls, divided into pairs, must reach the central platform with the help of wooden tablets. The two members of the winning team will then face each other in the final. Marialaura and Pamela begin. At the latter halfway through, the tablet falls into the water and therefore has to pass the baton to Carmen. However, the tablet also falls to her and therefore Marialaura wins even without reaching the goal. For the final she will have to challenge Estefania. Even in the final, the girls are unable to reach the platform but at the end of the time Marialaura is one step ahead. So it’s up to her to decide who will go directly to the televoting: she sends Estefania and, consequently, Lory too.

A SURPRISE FOR EDOARDO

– Since he sacrificed himself by cutting his hair, Ilary decides to compensate him … calls him in the nomination area and shows him a video message from his friend Cristiano.

– Maccarini has been very busy since he arrived on the island. Too much … in fact many things he did not only proved useless, but very often harmful. Thus attracting the wrath of his companions and especially Carmen. Marco tries to defend himself by saying to do things “out of normal equilibrium” by loving “to experiment”. But not only with Carmen there was tension. After choosing Nicolas and Pamela for a food reward in the last episode, the group turned against them for choosing the girl, on the island for a few days, over people who have been hungry for months. Then he argued with Nicolas himself who accused him of being too much of a player.

AN OPPORTUNITY FOR ESTEPHANIA

– The girl recently found herself a bit on the corner, with no more Roger to support her and with the group against. The spirit of the island wants to give her a chance to mend with a group. Her friend Chloe has arrived. Alvin hands Estefania a chest containing the symbol of immunity. You can give up in exchange for the surprise hiding behind the rock for one of the castaways. She decides to give up immunity and go direct to televoting. The companions say they are pleasantly surprised by the choice of the castaway. Which, however, is rewarded because in the end her surprise is for her, her friend of hers Chloe of her.

– Carmen, Marialaura and Edoardo have to challenge each other in the test of the kiss in apnea. Each of them must choose the mate. Carmen chooses Nicolas, Marialaura focuses on Luca, while Edoardo chooses Estefania. The trial begins and Carmen immediately re-emerges. The other two couples, on the other hand, resist and overcome the minute: they then re-emerge almost simultaneously but Edoardo a few seconds before. So Luca and Marialaura win. They can choose two other castaways who can eat (chocolate covered breadsticks) with them and call Marco and Lory.

THE INHABITANTS OF PLAY SGAMATISSIMA

– Fabrizia, Mercedesz and Gennaro arrive. The three come down from the boat full of enthusiasm but do not know that important decisions are awaited: two of them will return to the game, the third will return to Italy. The first to return will be chosen by the other companions. Edoardo, Lory, Marialaura, Carmen, Nick, Pamela and Nicolas choose Mercedesz, Estefania goes to Fabrizia, Cucolo, Maccarini and Luca choose Gennaro. A flash televoting opens for Fabrizia and Gennaro.

THE RESISTANCE TEST OF MALE

– Edoardo, the two Marco and Nicolas face the test which consists in holding a rope that prevents overturning a bucket full of mud placed on their heads. Nick, who can’t compete, bets on Nicolas. The first to sell is Edoardo followed by Marco Cucolo. Nicolas and Marco Maccarini see it and in the end it is Vaporidis who wins, repaying Nick’s trust. Nicolas sends Marco Maccarini to televoting.

THE RESULT OF THE TELEVOTO FLASH

– It is time to find out who between Gennaro and Fabrizia will have to return to Italy and who will reunite with the companions of Playa Palapa. Fabrizia is the eliminated.

See also  After the wedding: Ariana Grande presents her clunker

– Marco Maccarini begins, mentioning Carmen’s name. The second is Edoardo who names Marialaura. It is then up to Nick who also votes Marialaura. Carmen, on the other hand, mentions Pamela’s name. Marialaura also takes the vote of Lory and Nicolas. And it is Marialaura who presents herself for the choice of her who is Nick. Pamela instead votes Cucolo. And Marco is the last to make the secret nomination and gives Pamela the vote. Mercedesz and Gennaro close with clear nominations: the first votes Pamela, the second Marialaura. Which is the name of the group. Finally Luca appoints Nick.