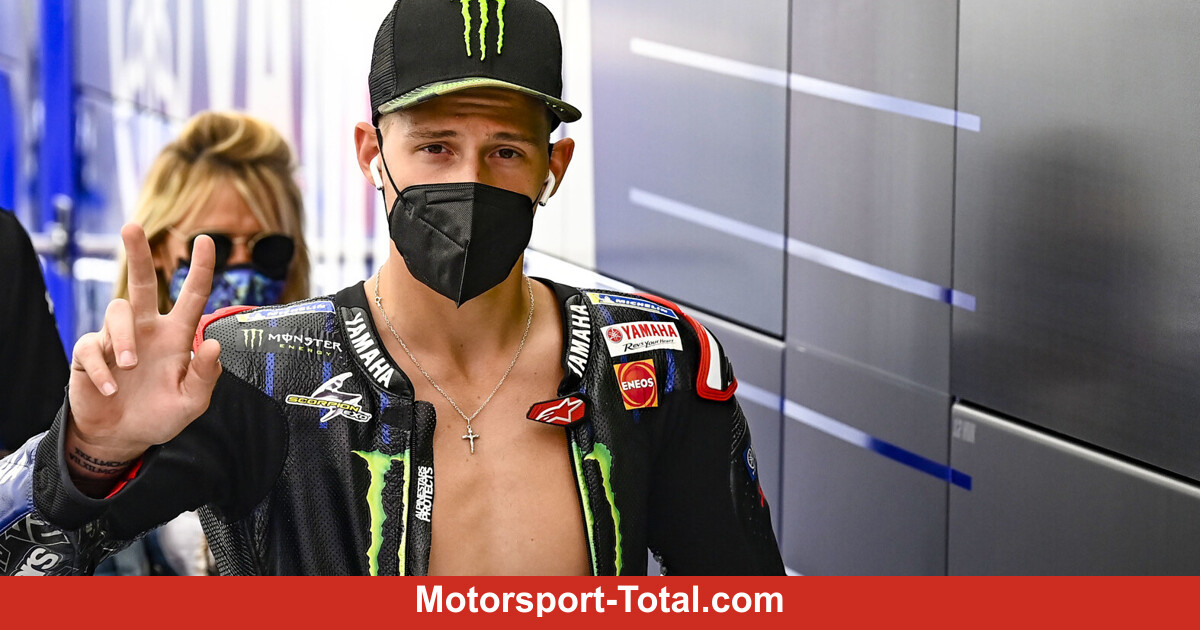 (Motorsport-Total.com) – While KTM works driver Miguel Oliveira won the Catalonia Grand Prix in Barcelona – the seventh race of the current MotoGP season in 2021 – the Yamaha, who started from pole for the fifth time in a row, was Factory driver Fabio Quartararo – initially – classified fourth after a three-second penalty.

The (first) penalty (for shortening the route in turns 1/2) is not why Quartararo is in focus. Rather, it is the unusual incident that he covered the last five laps of the race with the overalls clearly visible. What happened?

“I don’t know what happened,” said Quartararo after the race. “I only know that five laps before the end in the first corner my leather suit was suddenly completely open,” said the Frenchman, referring to the zipper as “open”. When he noticed this, Quartararo threw his chest protector on the track because it fluttered a lot and bothered him with the driver.

“I then tried to pull it (the zipper; editor’s note) back into a normal position, but that was not possible,” continues Quartararo, making it clear that the problem distracted him from driving: ” It was difficult to drive like that, but unfortunately something like that happens. ” When asked whether it was the upper end of the zipper that simply slid down, Quartararo replied succinctly with: “Yes.”

READ  Alicia Cervantes of Chivas de Guadalajara Femenil has no muscular problems after injury and will play the Final against Tigres de la UANL on Monday, May 31 I Liga MX Femenil

Should there have been the black flag?

In the press conference after the race, the top 3 were asked whether, in their opinion, Quartararo should have been taken out of the race. “Ultimately, it is the race management that decides in such cases,” remarks winner Miguel Oliveira.

“Personally, I can’t remember anything like this happening in the past,” continued Oliveira. “We have seen parts of motorbikes fly away, such as winglets or the seat. But something like this is new.”

“Whenever the driver’s safety is at risk, the race management has to decide. If it was clearly visible on the TV pictures that he could not close his overalls, then I think that in the interests of his own safety the black flag would have been given should “, so Oliveira.

Johann Zarco, who benefited directly from Quartararo’s problem, sees it the same way: “I think it wasn’t dangerous for us, but dangerous for him. You just can’t drive with an open leather suit. It’s just dangerous and that’s why I think that a black flag would have made sense for its own safety. “

Two-time MotoGP world champion Casey Stoner sees it that way too. “Regardless of whether or not Fabio Quartararo opened his zipper on purpose or not, I think there should have been a black flag. when your leather suit is open, “Stoner expressed his opinion shortly after the race via Twitter.

Jack Miller agrees with Oliveira and Zarco’s opinion at the press conference. The Ducati rider also puts himself in Quartararo’s position: “As a driver, you don’t think about safety in such a situation. You just think about your race and the result. If there had been a penalty, he would have been really angry . “

“Basically, I think that someone should take a look at it,” said Miller, who at the time did not know that exactly such an investigation had already been announced by the manufacturer Alpinestars.

READ  Barcelona sells the Memphis Depay shirt in their official store ... before signing him

Quartararos race: catching up and time penalty for short cut

As for the course of the race before the unusual incident, for Quartararo it was not the dominant performance that could have been expected given his pace in the FT4 on Saturday. Starting from pole, he lost the lead to Miller in the first corner. After the second lap, Quartararo was only fifth behind front runners Oliveira, Miller, Suzuki driver Joan Mir and Aprilia driver Aleix Espargaro. 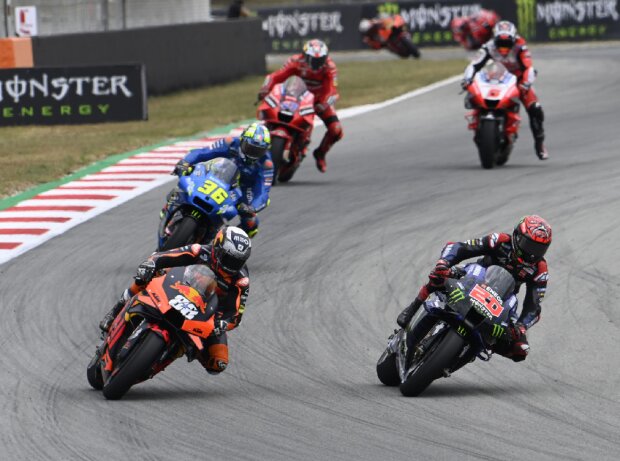 In the middle of the race, Quartararo took the lead from Oliveira – not for long Zoom

Quartararo passed Espargaro, Mir, and Miller. Even more: at halftime of the race he also passed Oliveira and took the lead. Only two laps later, however, the KTM rider countered and did not give up the lead afterwards. Quartararo lurked in second place and might have started a final attack.

But five laps before the end the problem with the leather suit arose. So Zarco passed Quartararo and ultimately finished just behind winner Oliveira in second place. Quartararo crossed the finish line in third place. But because he once missed the braking point in Turn 1 in the final phase and dodged into the penalty lane, but in the opinion of the commissioners returned too quickly on the track, there was the three-second penalty mentioned at the beginning. 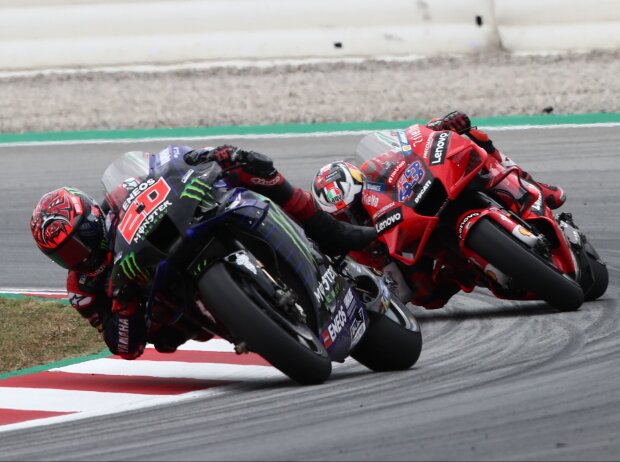 Quartararo does not agree with the time penalty. “I don’t agree that they gave me three seconds for it, which threw me back from P3 to P4,” said the Frenchman, noting in view of a possible second penalty due to the overall problem: “I think this one [Zeit-]Punishment is more than enough. I finished the race and everything went well. There’s no point in discussing what could have happened now. “

READ  "What painting are you from?": Dieguito Fernando left Alejandro Fantino speechless

UPDATE 7:10 p.m. CEST: On Sunday evening, Quartararo received a second penalty. As with the first for the advantage gained by shortening the route, the second is also a three-second penalty for not wearing the racing clothes properly. Thus Quartararo slips from third place not only to fourth, but to sixth place in the official final result.

The corresponding paragraph in the MotoGP regulations is paragraph 2.4.5.2, which states that “the equipment must be properly secured at all times on the track”. Equipment is specified as: helmet, leather suit, gloves, boots, back protector and chest protector.

With P6, Quartararo lost not seven but ten points to Zarco in the end. Before the next race, the German Grand Prix on June 20 at the Sachsenring, Quartararo is now leading the current MotoGP overall standings in 2021 by just 14 points over compatriot Zarco.