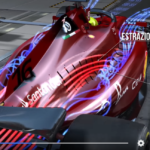 F1, The technical analysis of the new Ferrari package seen in Miami [ VIDEO ]

The speed of the Ferrarishown in the first races, has progressively reduced.
Red Bullworking on the porpoising effect and above all on the reliability of the engine, in the last GP at Imola she managed to beat the Reds.

For this reason, starting from the Miami Grand Prix, Ferrari brought to the track a package of aerodynamic updates aimed above all at increasing speed on the straight.
The new rear wing has a very low incidence which allows to reduce the drag. Furthermore Ferrari also worked in the area of ​​the bonnet to amplify the evacuation of heat, enhancing the cooling of the power unit.

Surely Red Bull it will not stand still, which is why the Maranello engineers have also decided to make a first update to the hybrid part of the superfast engine. The latter can now count on new strategies for regenerating the battery under braking and better management of the electric drive during acceleration to promote traction in slower corners.

However, as seen from Friday’s rehearsals, the porpoising effect has not yet been completely resolved. Only in Spain the engineers Ferrari they will mount the new bottom which will try to stabilize the flows in the sub-car to make it more stable at high speeds.