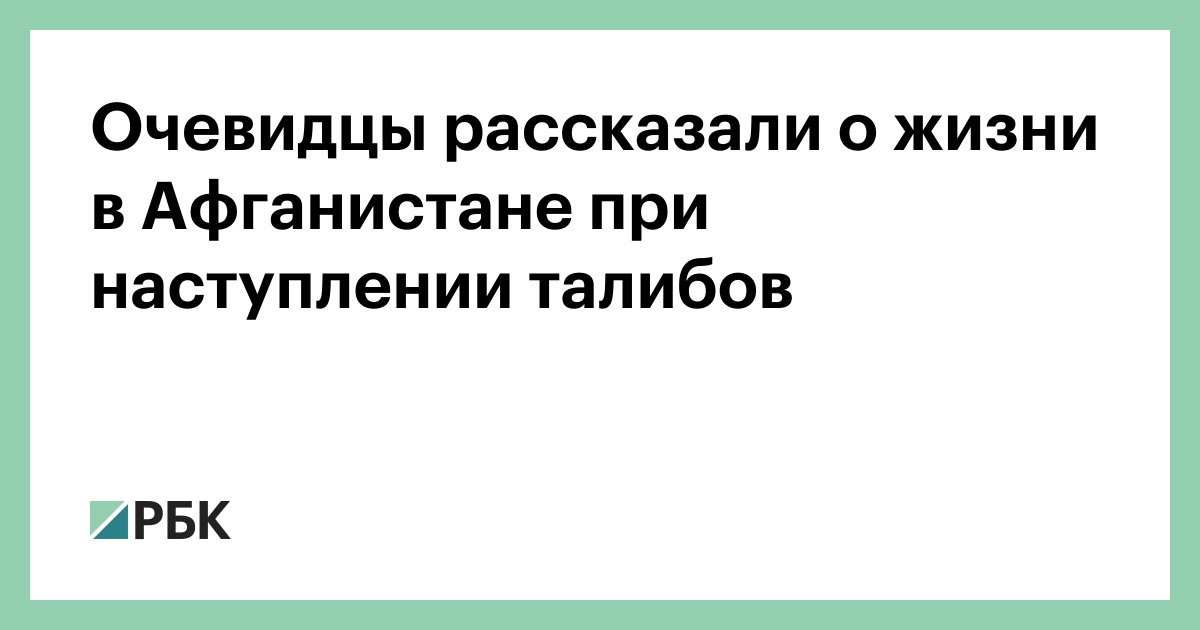 Akbar M., a resident of Kabul, has a different opinion (he asked not to give his full name). People fear not the Taliban, but chaos if a full-scale civil war between the radicals and the government resumes. He says people are safe in Taliban-controlled areas and chaos reigns in government-controlled areas.

Who and how can ask Russia for military assistance over Afghanistan

Leaving Afghanistan, however, is not easy. According to another interlocutor of RBC, the time for emigration can take more than two months for one family, and the situation is getting worse day by day.

A resident of Sari Pul province (northern Afghanistan) said that now the situation is such that some of his neighbors (mainly Sunni Muslims) are ready to surrender to the Taliban, while others (mainly Shiites) are ready to defend their homes, but are poorly armed, and therefore hardly whether they will be able to resist the offensive of the militants. Hundreds of families have already fled their neighborhoods and are trying to hide in regional centers, while suffering from heat and hunger.

According to him, dozens of civilians have been killed in the areas occupied by the Taliban. Women who go out into the streets without a burka (hijab widespread in this country) are severely punished.

Should I wait for help from abroad

Residents of Afghanistan interviewed by RBC have little hope for help from other countries. “Our government does not have a strategy against the Taliban, and the United States is clearly unwilling to help us and does not even allow us to fight ourselves. People think that perhaps Russia will provide military assistance to Afghanistan and put an end to this war, ”hopes Ahmad Sanor Nakibi.

Akbar M. also assures that there is no outside help. Over the past year, hundreds of foreign non-governmental organizations have left Afghanistan, which has led to increased unemployment and hastened the departure of educated youth abroad.

On July 9, the Taliban announced that they had gained control of 85% of the territory of Afghanistan and attacked Kandahar. The regional authorities responded that they had managed to stop the offensive. Kabul also denied that government forces had retreated from some areas.