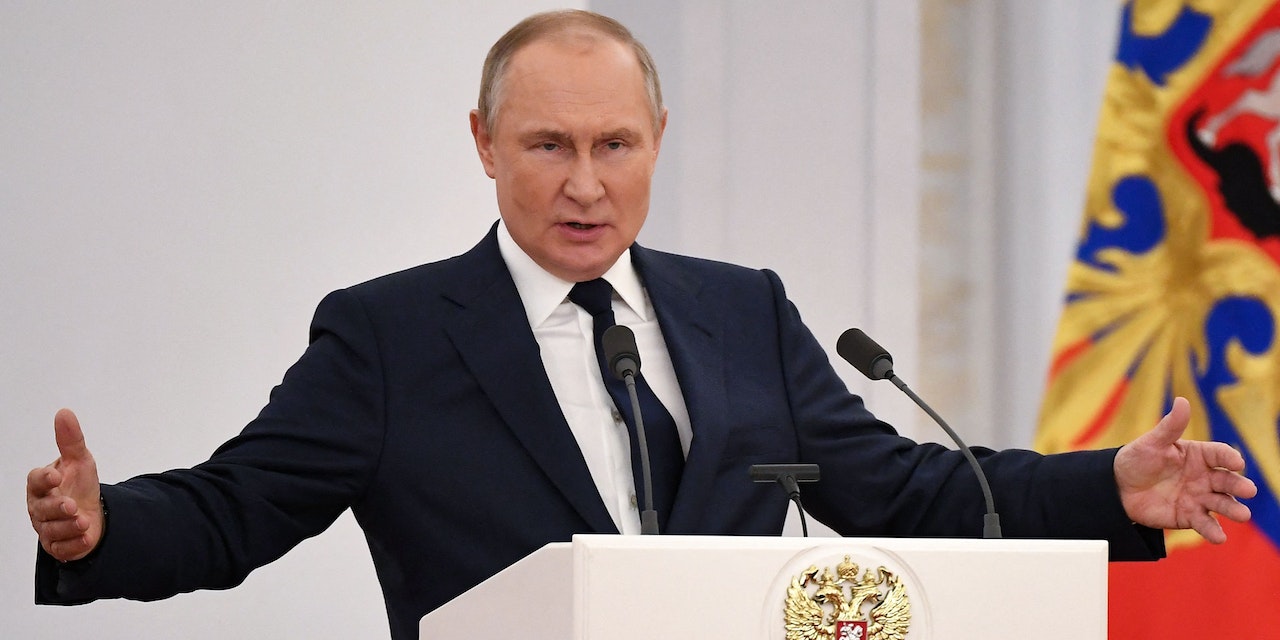 Again and again, Russia’s elites threaten a nuclear strike against the West. Would such a Putin order actually be carried out?

Hristo Grozev, an investigative journalist from Bulgaria, has a clear opinion on the matter. The 52-year-old is the senior Russia investigator at Bellingcat, an international investigative research network that deals with security threats and extraterritorial covert operations. In a television interview with Ukrainian state television, Grozev noted that Putin’s order to attack the West with nuclear weapons can be ignored by his inner circle.

According to information from the Bellingcat journalist, high-ranking military officials are convinced that Vladimir Putin is “terminally ill”. That’s why, according to Grosew, they don’t want to risk “a second Nuremberg” (note: Nuremberg trials) for a leader at the end of his term in office.

Rather, it should be true that Putin put the Russian nuclear forces on high alert shortly after the start of the invasion of Ukraine on February 24. It was said that the Russian president was considering pressing the nuclear button if the Ukraine war didn’t go as he had hoped. Putin has repeatedly expressed his willingness to use weapons of mass destruction in his public statements, although it is not clear whether this is a serious warning or just a threat to Western countries that support Ukraine.

Even oligarchs believe in Putin disease

In a TV interview with Ukrainian journalist Dmitry Gordon, Hristo Grozev referred to Putin’s condition during a recently publicly broadcast meeting with Russian military chief Sergei Shoigu. “We saw how Putin frantically grabbed the corner of the table with his right hand during the meeting (…). I can’t comment without confirmed information, but we know that oligarchs close to him claimed that Putin be ill,” said the investigative journalist.

See also  Dead Moskita | The sharp information that De Brito gave about the final of "The Hotel of the Famous": "The channel ..."

Putin’s order could ‘be ignored’

“We also know that about a month ago, FSB intelligence sent a letter to all regional FSB chiefs saying, ‘If you hear that Putin is seriously ill, we urge you to ignore it according to the journalist, the fact that Putin’s closest circle believes he is seriously ill reduces the risk that they will carry out assassinations of their direct enemies as in the past.

It’s just as unlikely that someone will press the red button because they know that “when he (Putin) is gone in three or six months, no one will protect him from a trial in Nuremberg,” Grozev believes. He added that an oligarch close to Putin had told him that it was “better for Putin to die of a serious illness than to continue destroying Ukraine, Russia and Moscow’s business elite.”

When asked by the moderator how one could help overthrow Putin, the Bellingcat journalist said: “Well, every general whose nephew dies becomes a potential Beria.” (Note: Lavrenti Beria, who claimed to have killed Stalin)