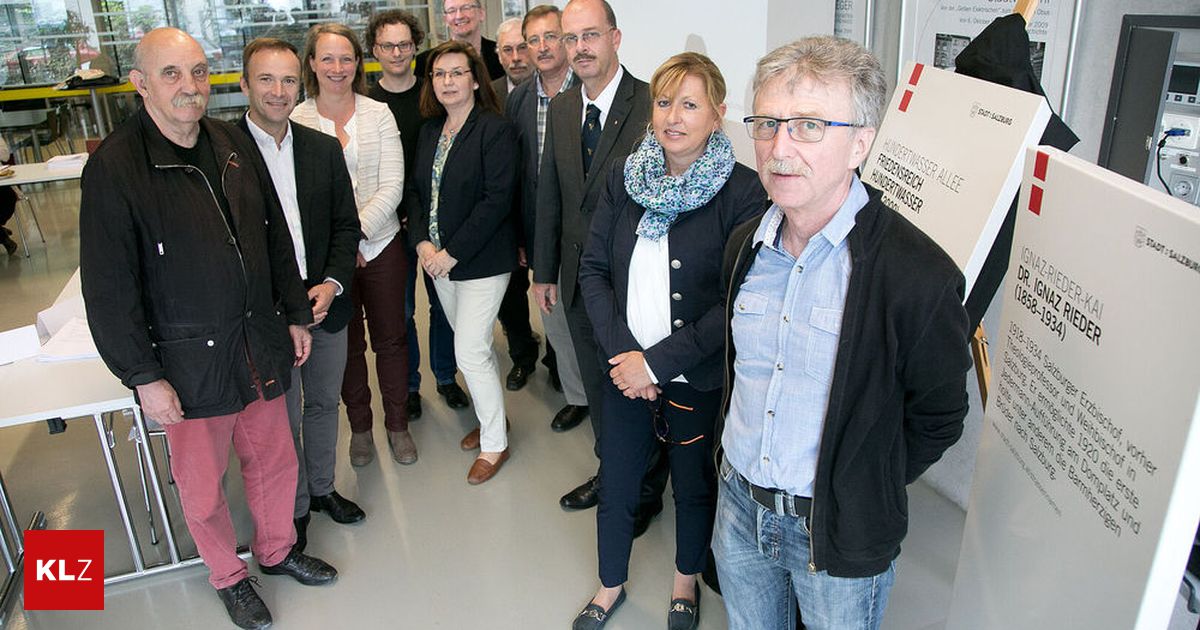 Prominent names can be found among the highly charged namesakes. 13 are so problematic that a renaming has to be considered.

In the city Salzburg is today the long awaited final report of the Historians’ commission on street names polluted by the Nazis has been presented. The biographies of 66 namesake dealt with who were entangled to varying degrees with the Nazi regime. At 13 the connections were so seriousthat it should be clarified whether it is sufficient to put up an explanatory board or whether the street should be renamed. Karajan and Porsche are also affected.

“How we deal with the scientific findings is a political decision at the end of the day,” said the deputy mayor in charge of the department Bernhard Auinger (SPÖ). “The report shows that there is no doubt about the facts. Now politicians have to evaluate what these 13 people have done for the city of Salzburg after 1945. That was not the task of the historical advisory board.” The final report will now be sent to all parliamentary groups in the local council. After the political summer break, all 13 names will be voted individually in autumn. “A majority then has to decide what will happen to these streets.”

The fact is that prominent names can be found among the heavily burdened namesake: next to conductor Herbert von Karajan and automotive designer Ferdinand Porsche these are folklorists and chairman of the national costume association Ancient Brandauer, Music writer and co-founder of the Salzburg Festival Heinrich Damisch, Writer and painter Erich Landgrebe, Composer and conductor Hans Pfitzner, Folk musician Tobias Reiser, the two visual artists Gustav Resatz and Josef Thorak, the cathedral organist and Mozarteum professor Franz Sauer as well as musicologist and university professor Erich Schenk, Art historian and university professor Hans Sedlmayr and the author Karl Heinrich Waggerl.

To assess the roles of the 66 namesakes in the Nazi regime, the nine-member historians’ advisory board developed a number of criteria: For example, the participation in war crimes, destruction, looting, Aryanization or theft of art were assessed – and not only as actors, but also as a beneficiary. The propagation of Nazi ideology such as anti-Semitism and the promotion of the regime from leading positions were also judged – as was the denial and trivialization of Nazi crimes after 1945 – and how one’s own role was dealt with during the Nazi era.

“It was not about weighing and condemning, but about showing the involvement in the Nazi regime. What did these people do during the Nazi era,” said the historian and director of the Salzburg State Archives today Oskar Dohle, himself a member of the advisory board. “But you can not only judge them in their life from 1938 to 1945: It is about how were they socialized, what kind of environment do they come from, have there been anti-Semitic statements before and how they behaved during the period of illegality and denazification. “

Of the total of 66 biographies in the final report, 24 fall into category I. These are people whose involvement with the Nazi regime was not so serious that it needs to be mentioned on an explanatory board. With 29 names (Category II), the activities went so far that the Commission recommended information on the information boards about the street names on site. In the case of the 13 names in “Category III”, for which a “need for discussion and action” was ultimately identified, the decision on the division into nine of the 13 cases was unanimous. In three cases (Sauer, Sedlmayr, Waggerl) it came about with a large majority (8: 1 votes). Only in the case of Karajan was it tighter: here four members of the advisory board voted for a classification in the less polluted category II.

In the city of Salzburg, once the report is available, heated discussions are inevitable. The leakage of the 13 highly polluted street names in the previous week had already caused a wide range of reactions. Even before the final report was available, the city FPÖ announced that it was very critical of renaming. In a broadcast on Tuesday, however, the concentration camp association insisted on a fundamental renaming of all streets named after Nazis and their fellow travelers. And behind the scenes, relatives of affected namesakes are likely to intervene against renaming.

As Vice Mayor Auinger said today, the broader population is likely to reject renaming. He wants to involve affected citizens. In addition, the city needs reimbursement of costs to cover the costs associated with renaming. “To do nothing at all is inconceivable for me after the report has been presented,” he said today. “Just go back to the agenda, I think that’s out of the question.”