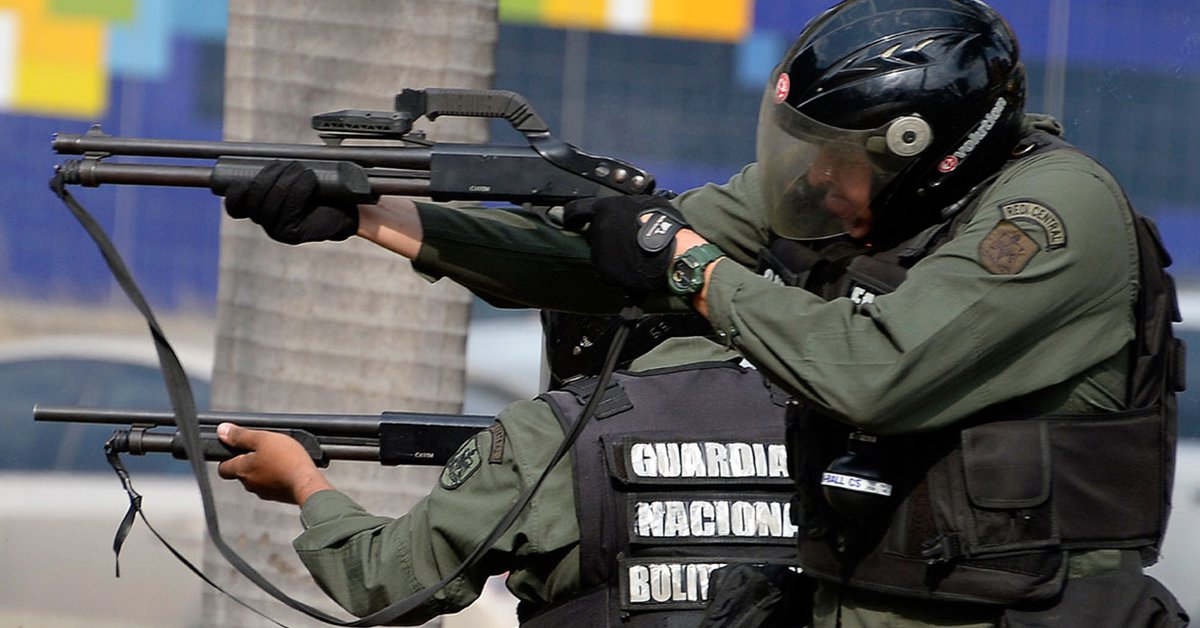 The United Nations (UN) will analyze, starting next Monday, the human rights violations in Venezuela, under the regime of Nicolás Maduro; and in Nicaragua, under Daniel Ortega.

At the Human Rights Council session, the High Commissioner Michelle bachelet will present updates to its previous reports on both countries. In the case of the oil nation, It will be presented between July 5 and 6. Both will be reports without a vote.

Through a statement, the UN General Assembly recalled that, in its resolution 45/20, the Human Rights Council requested Bachelet to prepare a comprehensive written report on the human rights situation in Venezuela, to include a “detailed assessment of the implementation of the recommendations of its previous reports and to present it to the Council at its forty-seventh session, followed by an interactive dialogue”.

The Council will review the updated report of the High Commissioner, who last March said that he continues to receive complaints about extrajudicial executions in the context of security operations.

“At the beginning of January, at least 14 people have died during an operation in the Caracas neighborhood of La Vega. Remembering the announcements of police reforms, I ask for prompt and independent investigations to guarantee accountability, prevent similar events and put an end to this practice ”, expressed Bachelet in one of his last speeches on the subject.

Then he stressed that, “since September, access to basic services, such as medical assistance, water, gas, food and gasoline, already in short supply, has been further limited by the effect of the pandemic. This has generated social protests and has aggravated the humanitarian situation”.

Despite having only three minutes, as she herself said at the beginning of her speech, she also reviewed the situation of the economy in the oil nation. “According to some organizations, the median salary would be below US $ 1 per month, while it is estimated that the price of the food basket has increased by 1,800% in the last year. About a third of Venezuelans would be food insecure”, He explained.

The UN report on Venezuela

A UN mission, who denounced last year that crimes against humanity were committed in Venezuela, announced that in the Caribbean country they continue to report arbitrary arrests, extrajudicial executions Y sexual abuse cases to persons in custody.

Marta Valiñas, President of the United Nations Independent International Fact-Finding Mission on Venezuela, presented to the Human Rights Council a update your work in the South American nation.

The mission “Continues to establish the facts and circumstances of the alleged human rights abuses and violations in Venezuela“Said Valiñas, who hopes to present new” solid conclusions “in September this year and in 2022.

This group, constituted in 2019, determined last September that the authorities and security forces of the Nicolás Maduro regime incurred since 2014 in serious human rights violations and even crimes against humanity.

The entity has continued with its work since then and indicated that it identified “more than 200 murders committed by police forces since the beginning of the year”.

Regarding the extrajudicial executions, Valiñas cited examples such as the police operation that was carried out in January in the Caracas neighborhood of La Vega (mentioned by Bachelet), “one of the deadliest to date”, In which 650 FAES agents participated and where several of the reported murders were perpetrated.

The report also focused on the situation of arbitrary arrests: “Since September, according to civil society organizations, around 70 political prisoners have been released with alternative measures,” said a paragraph of the statement.

However, he noted, the “ongoing repression (…) against people perceived as ‘internal enemies’ or opponents of the government”. Along these lines, he warned about “36 new cases (8 women and 28 men) of alleged arbitrary detentions.”

The situation in Nicaragua also worries the UN and will also be addressed from Monday. The United Nations stated that, “in accordance with its resolution 46/2, the Human Rights Council you will hear updated information on the human rights situation” in that country. It states that it will be “presented orally by the High Commissioner”.

The Permanent Council of the Organization of American States (OAS) vissued a resolution on Tuesday condemning the arrest of presidential candidates and the restrictions imposed on political parties in Nicaragua and called for the immediate release of all political prisoners.

The UN is expected to do something similar in its updated report..

The OAS resolution was given shortly after former Sandinista Vice Foreign Minister Víctor Hugo Tinoco was arrested by Nicaraguan police accused of inciting foreign interference, request military interventions and celebrate the sanctions against members of the Daniel Ortega regime.

In all cases, the Police reported that they are being investigated for allegedly “carry out acts that undermine independence, sovereignty and self-determination, incite foreign interference in internal affairs and call for military interventions”.

They are also accused of “organize with financing from foreign powers to carry out acts of terrorism and destabilization, propose and manage economic, commercial and financial blockades against the country and its institutions”.

Both the groups to which the detainees belong, as well as their lawyers, have agreed that the arrests of the last two weeks are illegal for being executed without a warrant, So what violate human rights because in most cases the captured have not been heard from again.

In the elections next November Daniel Ortega will play 42 years of almost total primacy over Nicaraguan politics.

The OAS condemned the wave of arrests of opposition leaders by the Daniel Ortega regime in Nicaragua
The US denounced the terror campaign of Daniel Ortega and Rosario Murillo in Nicaragua: “The members of the OAS must send a clear signal”