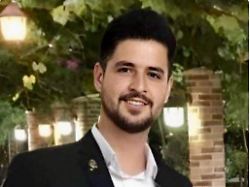 A 22-year-old is sentenced to death in Iran after taking part in anti-regime protests. As the case makes waves nationally and internationally, the execution is stayed. However, the announced appeal process gives little reason for hope.

In Iran, the judiciary has allowed the appeal of a protester who has been sentenced to death. The trial of 22-year-old Mohammed Ghobadlu will be retried before the Supreme Court, the state justice portal Misan said. However, there is little hope that the death penalty will be abolished. The newspaper “Etemad” reports, citing the lawyer of 22-year-old Mohammed Ghobadlu, that only one point of the indictment is to be renegotiated. Accordingly, the charge of “corruption on earth” remains. According to Islamic law in Iran, this is punishable by death. The lawyer is now fighting for a renegotiation of this verdict.

Ghobadlu’s execution was suspended almost two weeks ago after protests. According to research by the “New York Times”, Ghobadlu was a hairdresser and was arrested in Tehran shortly after the protests broke out at the end of September. He is accused of running over a police officer.

In early January, many people gathered in front of the Gohardasht prison in Karaj to demonstrate against the execution of two men. Outside the detention center, Ghobadlu’s mother asked for the death sentence to be overturned. According to information from the human rights organization Amnesty International, at least 26 demonstrators in Iran are facing the death penalty. So far, Iran has executed four sentences.

Amnesty described the trials as unfair “sham trials”. Confessions were extracted through torture. Critics accuse the political leadership in Tehran of using the executions to spread fear and intimidate the protest movement. Prominent lawyers in Iran also criticized the procedures. The trigger for the nationwide protests in Iran was the death of Jina Mahsa Amini on September 16, 2022 in police custody. The Iranian Kurd was arrested by the so-called vice police for violating the Islamic dress code in force in Iran.