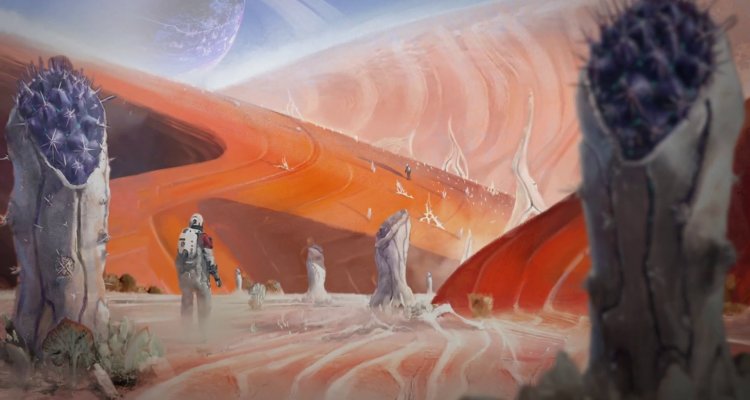 ex-developer claims that the game engine is “crap” – Nerd4.life

Via ResetEra, a user known as Hevy008 claimed to be one former Bethesda developer and revealed that Starfield is in development with a graphics engine which cannot be defined in any other way than “crap”. Hevy’s identity was later confirmed by Jason Schreier.

Precisely, Hevy said Bethesda offers a quality, very safe workplace. Furthermore, he said that Starfield has been taking shape since the beginning of the year, but that there are some components the team is struggling with, including spaceflight (but Hevy later admitted that it could be a matter of personal taste and other players may like Starfield’s style) and the fact that “there is probably too much content” and some of it may be cut before release.

Hevy also explains that he is not a fan of the Bethesda games but still believes that the shooting mechanics are valid, similar to those of Fallout 4. Furthermore, according to Hevy there will be a beta in the summer and depending on the response it will be decided if Starfield will actually be. published on November 11, 2022. Speaking of the graphics engine, it is said to be “crap”, but in a later post Hevy stated that he was speaking from the point of view of the developers, not the graphical results of the game (for example, Cryengine is more powerful than Unity or Unreal Engine, but the latter are much easier to use). After sharing this information, Hevy’s ResetEra account was deleted.

Jason Schreier claimed that Hevy is indeed the person he claims to be. Additionally, users have found previous posts from Hevy regarding an independent study called CodeBlueGames, which – via their site – claims that the team has worked with Bethesda in the past. We can therefore say that the source is most likely a former developer of the Starfield team.

However, this does not mean that what he reported is completely correct or even just that the information is up to date. There may have been updates or improvements that Hevy didn’t get to see firsthand. The Starfield gameplay has not yet been shown, so we have no way of knowing what the quality of the game is.

Among the most recent information we find a video dedicated to music and a group of new artworks that show the setting of the game.