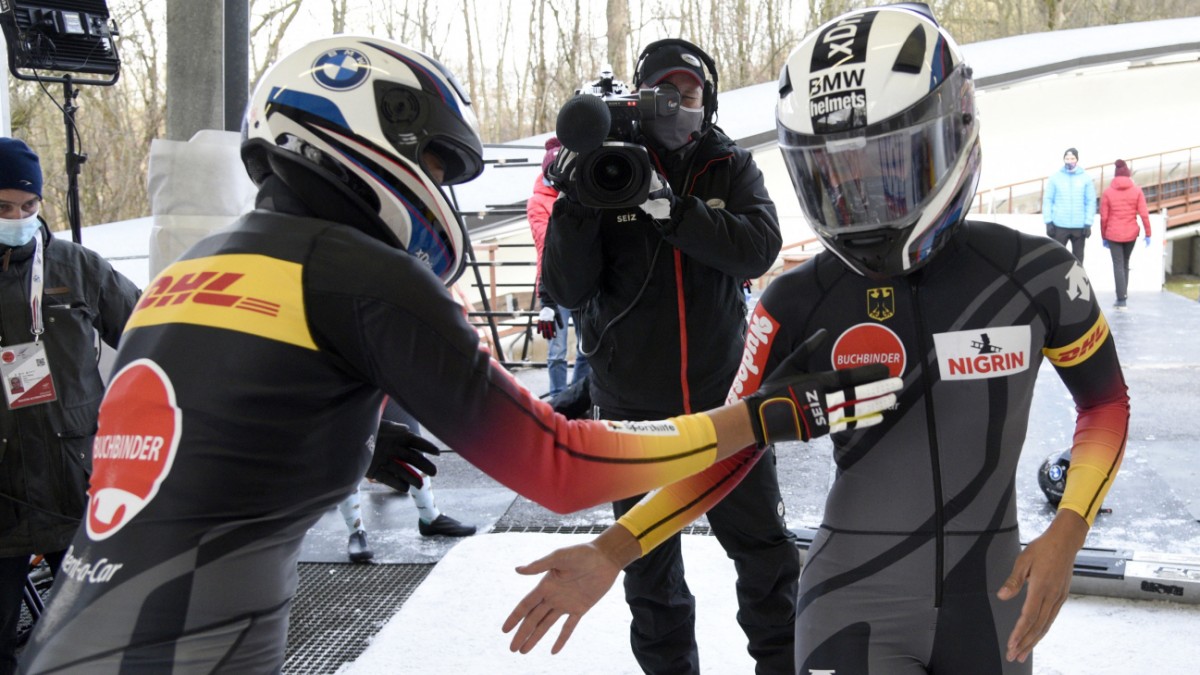 The journey was actually over, but somehow it went on anyway, and that hurt just looking at it. It was the unlucky turn number 13, in which the sled of the German champion Laura Nolte overturned and rattled over the ice, curve after curve, and somewhere between bobsleigh and track were the heads of Nolte and her pusher Debohra Levi.

“Classic mistake, exit 13”, analyzed national coach René Spies later, “they fell victim to the fast conditions”. The fact that he no longer grieved on Saturday in Sigulda, Latvia, was partly due to the fact that Nolte and Levi (both BSC Winterberg) scrambled out of the bobsleigh unharmed. But also because the cooperation between the German competitors secured two podium places in the end.

Olympic champion Mariama Jamanka (Oberhof) had just qualified for the World Cup, but won confidently in front of the sled from Austria by Katrin Beierl (+ 0.13 seconds) and her German competitor Kim Kalicki (+ 0.58 seconds) from Wiesbaden. And that, although Jamanka had also had a bad fall in training – and drove her Bob to scrap.

She really “destroyed” her work equipment, said Jamanka at the finish. She then switched to her colleague Kim Kalicki’s sled and was back in a new bobsled while racing: Three sledges, one World Cup victory, that was the bill for Jamanka. National coach René Spieß also found that remarkable: “She played her class here.”

But their victory would not have been possible without the help of their rivals. Because Jamanka has not only borrowed the sledge, but also the pusher. Vanessa Mark from Laura Nolte’s team replaced the exhausted Annika Drazek, who was given a break. Everything was new on this difficult track, that also hit Jamanka: “I was very, very excited. And I am happy that I was able to celebrate my first victory with Vanessa.” Mark was certain of victory on her debut, at the finish she fell around Jamanka’s neck: “I told you so.”

At the end of the runs, it became clear that everything was still not going well. At first the new pusher braked too late and the sledge shot over the run-off zone. In the second run it worked with the brakes at the finish, but the splash with Jamanka went wrong.

But it’s good that everything isn’t going well in the German team, that should give hope to the competition. That it is still not enough to beat the German pilots is not really.