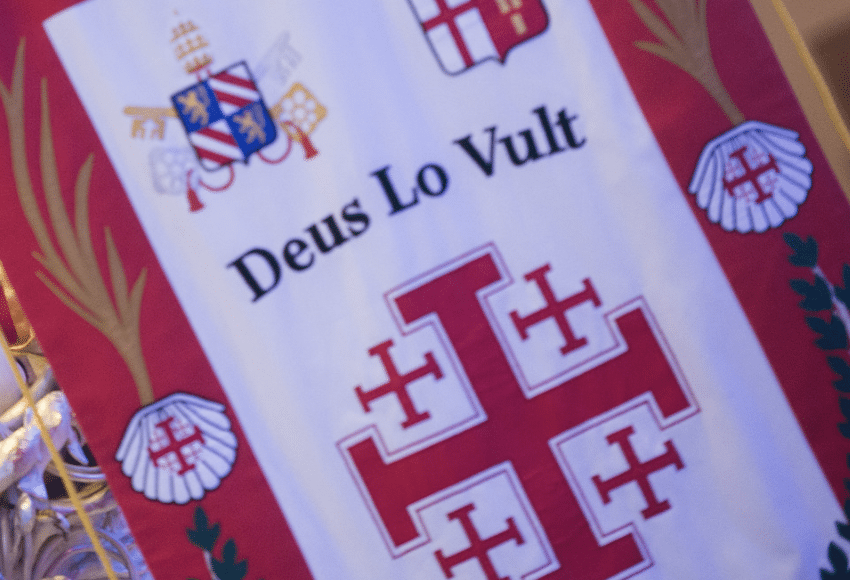 Call for respect and coexistence with Russia cost ex-naval inspector his post. Nobody seems to be interested in his actual problem expressions

“Deus lo vult” was the battle cry of the Crusaders around a thousand years ago: God wants it. Reichswehr to Wehrmacht went into battles with the motto “God with us”, which often resulted in mass murder and war crimes.

Anyone who considered all of this to be relics of the past that had been overcome in terms of civilization and enlightenment may have been taught otherwise by the naval inspector, Vice Admiral Kay-Achim Schönbach, who was ousted over the weekend.

In India, the 56-year-old pleaded for a policy of alliance with Moscow because, as a “very radical Roman Catholic Christian,” he sees Orthodox-dominated Russia as a faith partner against China. Despite his atheism, he is even willing to pay respect to Vladimir Putin.

Radical Christian alliances in geopolitics, propagated by a top German military in a backroom in New Delhi in front of representatives of a system that some observers call Hindu nationalist, others crypto-fascist, positioned primarily by the US against world power China should be brought? Shouldn’t that be politically scandalized and commented on by the media?

It hardly ever was, and that is why the focus in the scandal says at least as much about the political and social state of the Federal Republic as about the protagonist Schönbach himself.

In fact, it was precisely the passages in the 56-year-old’s clumsy to questionable statements that contributed to his downfall, in which he – flanked by a security policy assessment – spoke out in favor of a respectful dialogue with Russia:

Is Russia really interested in having a small swath of Ukrainian soil incorporated into their country? No, that’s nonsense. I think Putin is probably putting pressure on it because he can do it. And he knows that he is dividing the European Union. But what he really wants is respect. He wants to be treated as equals, he wants respect. And – my God – showing respect to someone costs little, costs nothing. Well, if you were to ask me: It’s easy to even give him the respect that he really demands – and probably deserves.

Also his statement on Crimea …

“The Crimean peninsula is gone, it will not come back, that’s a fact.”

… breaks with the transatlantic consensus, but is likely to have been motivated by realpolitik – and is shared behind closed doors by many security and defense experts in political Berlin.

The fact that all of this is not discussed openly and factually, even with contradiction, but leads to a state-sponsored shitstorm, makes the deficits of the political culture clear. This also means that the federal government is allowing itself to be driven by the unusually aggressive criticism of the Ukrainian ambassador Andriy Melnyk, instead of maintaining the sovereignty of the discourse itself. pder

The new West German leadership also ignores the apparent fact that there are Christian extremists lurking around in the German military leadership, i.e. people who do not see their religion as a private matter, but who strive to make the question of war and peace dependent on their religious attitude.

It has all happened repeatedly. It never turned out well. A political leadership that never tires of emphasizing the lessons of history on other occasions should be aware of this.

Finally, the legal assessment of the Schönbach case is completely left out, which is all the more remarkable given that Defense Minister Christine Lambrecht (SPD) headed the Justice Department in the previous cabinet.

It was up to the former General Inspector of the Bundeswehr, Harald Kujat, to refer to this level: “He would have committed a disciplinary offense if he had violated the Soldiers’ Act and the reputation of the Bundeswehr or the respect and trust that his official position requires. seriously affected.” He doesn’t see that, said Kujat tagesschau24.

Of course, one can also contradict this judgment. But there would have had to be a debate or even a legal examination. But that didn’t happen: Schönbach had already resigned before that.
(Harold Neuber)