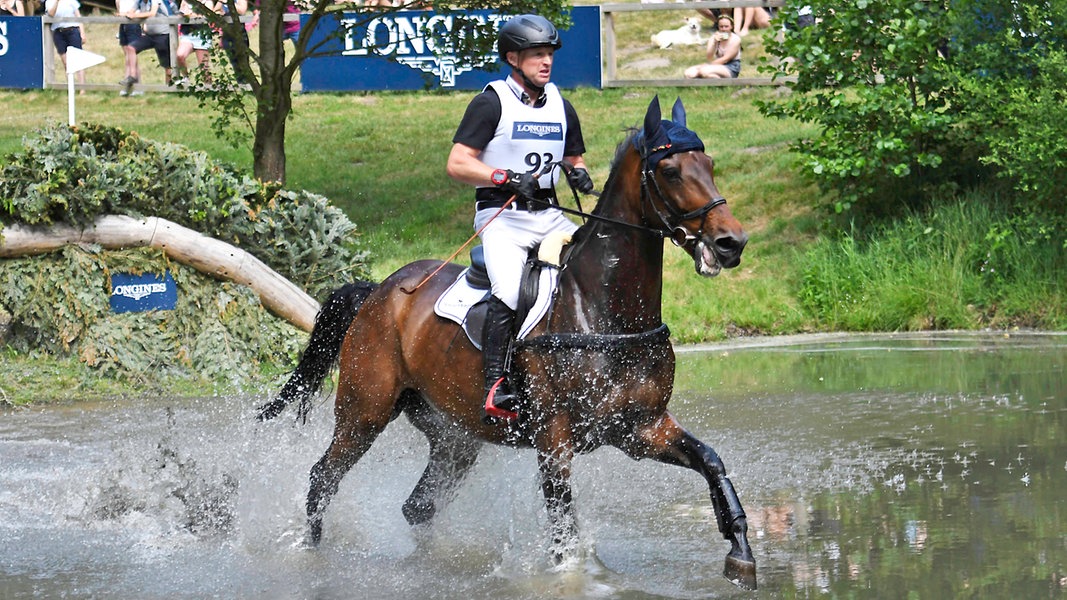 Eventing: Young in Luhmühlen further ahead according to terrain | NDR.de – Sports

After the cross-country ride on Saturday, Jung maintained his lead in dressage in the Lüneburg Heath. With his eleven-year-old stallion Highlighter, the 39-year-old from Horb cleared the 3,770 meter long course with 21 obstacles in midsummer temperatures and within the prescribed time.

The couple ranks before the final jumping with 25.6 penalty points ahead of Jerome Robine (Warendorf) with Black Ice (29.0), Dirk Schrade (Heidmühlen) with Casino (29.6) and fourth-placed Sandra Auffarth (Ganderkesee) with her young horse Rosveel (29.8).

“It was a super competition,” summed up New national coach Peter Thomsen, who was particularly satisfied with the performance of young riders like Robine. “I’m really happy that they delivered.” The 24-year-old Robine only collected two penalty points on his twelve-year-old gelding in the cross-country and is a little less than one drop in jumping (4 penalty points) behind.

Jung: “It’s still a long way to the championship”

If Jung also stays flawless in the last sub-discipline, it would be the third national title after 2012 and 2021. Highlighter is his number three in the stable after his top horses Chipmunk and Whild Wave. The Swabian wants to start with Chipmunk at the World Championships in Pratoni del Vivaro in September. “Highlighter is in great shape and is getting smarter all the time, I’m very happy. But it’s a long way to the championship, and a lot can still happen,” said Jung.

The decision will be made on Sunday. NDR broadcasts live on TV from 2 p.m. and here on NDR.de.

Top riders from a total of 21 nations have registered for the classic, which, unlike last year, is open to spectators. “It just needs this atmosphere and the riders are also happy to perform in the best possible way to the applause of the spectators,” said Julia Otto, Managing Director of the Luhmühlen tournament company.

The focus of the German starters is primarily on the four-star test, which is also about the German championship and the coveted starting places for the 2022 World Cup in Italy in September. Olympic champion Julia Krajewski (Warendorf) and Ingrid Klimke (Münster), who starts at the same time in Barborowko, Poland, were not registered for the national title fights.

In the more demanding five-star test, international stars such as world number one Oliver Townend are present in Luhmühlen. After the cross-country, the Briton is third behind the leader Felix Vogg (Switzerland) with Colero and second-placed Tim Price (New Zealand) with Vitali in the Dreamliner saddle.

Sophie Leube from Hamm-Rhynern was the only German starter to drop out. With Jadore Moi she ran past an obstacle and gave up after 6 of 30 jumps. After the dressage she was in seventh place.