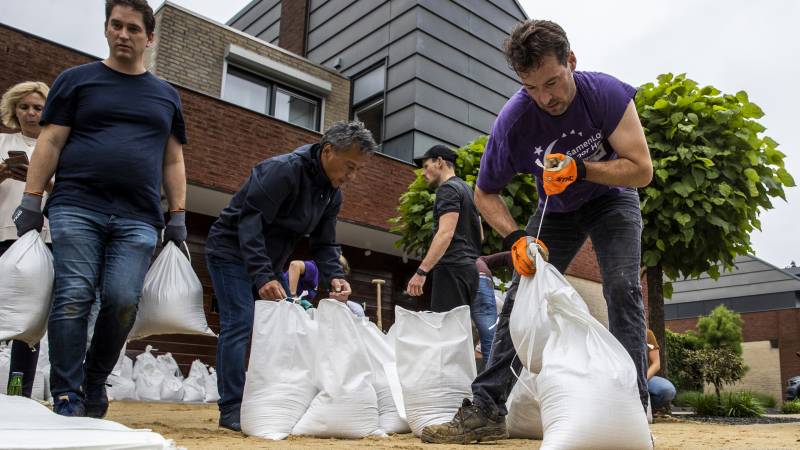 The water peak in Limburg is moving to the north of the province. Thousands of residents of Roermond and Roerdalen, among others, have been evacuated because the water is rising faster than expected. And residents of other places must also take evacuations into account, says the Security Region.

Previously evacuated residents of South Limburg are all allowed to go home, except for residents of the center of Valkenburg. Residents of the Westbroek and Oostbroek neighborhoods in Geulle, however, are being called upon to leave their homes because of the high position of the Geul.

In Roermond, the evacuation started just after 6 a.m. Residents of 550 houses were awakened by police officers with megaphones. Officers also called people. The police got help from the ME. The highest level of the Maas is expected in Roermond next night, tomorrow night in Venlo. De Roer probably reached the highest level in Roermond around noon. Venray is largely spared. Only the residents of 22 houses outside the dikes have been called upon to leave.

The Security Region updates municipalities in North Limburg about the current state of affairs; they then decide whether it is necessary to evacuate people. “More evacuations may take place during the day. We urgently call on people to heed the call for evacuation,” a spokesperson for the Limburg-Noord Security Region told regional broadcaster 1Limburg.