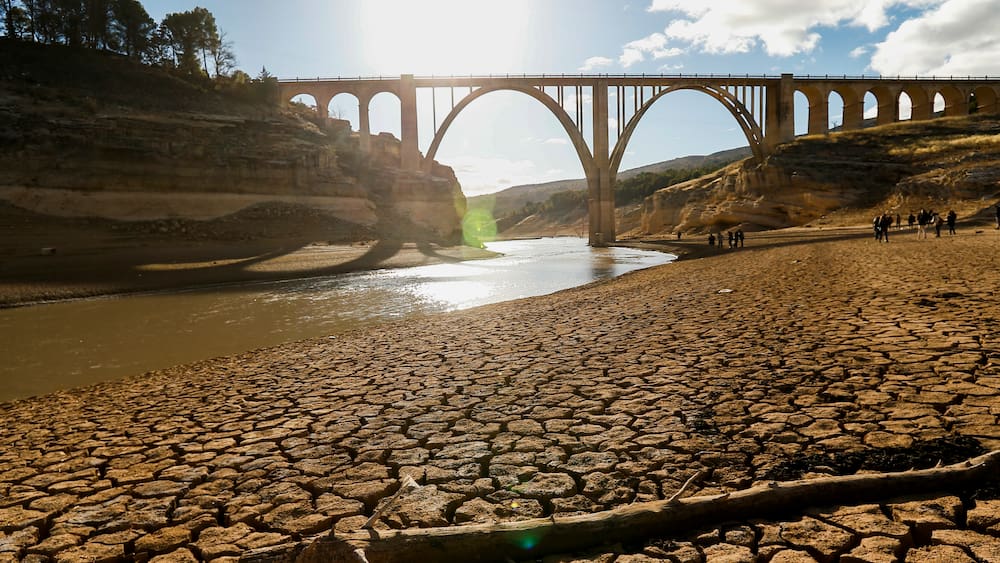 Europe suffers from drought: drought alarm due to heat waves

Drought alert due to heat waves

Europe is slowly drying up!

The next heat wave is rolling. And Europe is groaning under the high temperatures. There is a drought alarm. Countries suddenly have to save water, at the same time the risk of forest fires is increasing more and more.

The sun burns relentlessly from the sky. A heat wave is rolling over Europe again. Temperatures of up to 40 degrees are no longer uncommon. It is way too hot.

Not just for us humans. Nature suffers too. In the past few days, the first dead fish have been found near Schaffhausen, especially grayling and trout. At the same time, rivers, streams and lakes are slowly drying up.

This drought period is extreme. Even the Netherlands are affected. “The Netherlands is a country of water, but water is precious here too,” said Infrastructure and Water Minister Mark Harbers (53) on Wednesday. Water use has priority when it comes to securing important dykes, drinking water supplies and generating energy.

Water saving appeal to the population

In some parts of the country, farmers are already banned from using irrigation systems on their fields. Several canals were closed to shipping. Because of the low water levels, salt water sometimes flows from the sea into rivers.

The drought in the country is becoming “more and more visible in nature” and will increasingly affect “the social interests” of the Dutch, explained Harbers. “That’s why I urge all Dutch people to think carefully about whether they should wash their car or fill their inflatable swimming pool completely.”

France is also suffering from the drought. According to the meteorological authority, July 2022 is likely to be the driest July since 1958. In 90 out of 96 departments in France, water consumption has been limited by the authorities.

It is particularly bad in Spain and Portugal. The winter was unusually dry. Now comes the drought summer.

According to a study published in early July in the journal Nature Geoscience, parts of Spain and Portugal are the driest in more than a thousand years. Possible consequences for olive cultivation are feared. They would be fatal for Spain. The country produces almost half of the world’s olive oil and exports the gold-green liquid worth the equivalent of 3.5 billion Swiss francs annually.

Fires have destroyed a lot of land

In addition, the drought formed the basis for numerous fires. According to the European earth observation program Copernicus, more than 27,570 hectares of land have been devastated by fires in Italy since the beginning of the year.

The largest fire near the Tuscan community of Massarosa has already destroyed more than 860 hectares, and around a thousand people had to be brought to safety.

Forest fires in Europe: The highest warning level applies in the Bordeaux region(01:27)