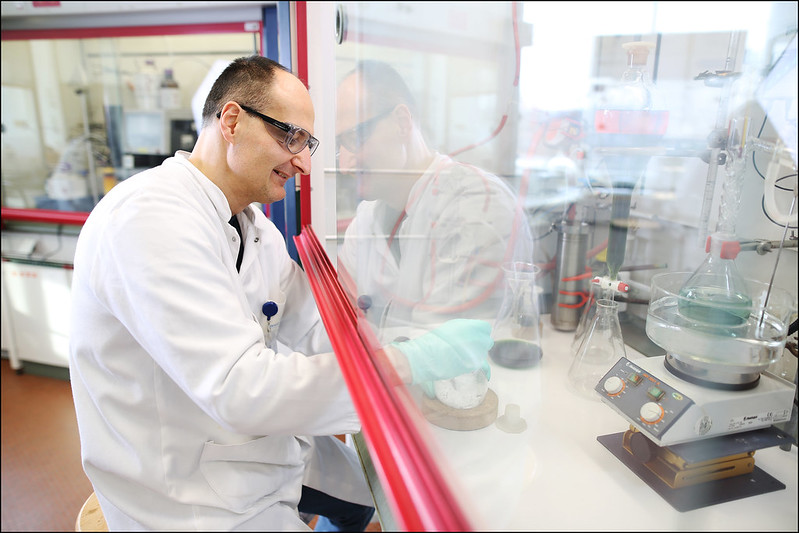 Euroapi: The successful introduction of Euroapi, the subsidiary of Sanofi, is unanimous among analysts

(BFM Bourse) – Euroapi’s first successful stock market steps on Friday convinced analysts. The performance is all the more welcome as this IPO was carried out in a difficult stock market context. The subsidiary specializing in the active ingredients of drugs, split from Sanofi, has posted a gain of more than 20% since its IPO on Friday.

The stock market life of Euroapi detached from Sanofi is going smoothly. Since its IPO on Friday, the subsidiary of the French giant specializing in the active ingredients of drugs is the new darling of analysts on the spot. On Tuesday, Deutsche Bank set its sights on the twelfth company to go public this year in Paris and announced that it was starting to track the stock with a buy recommendation. It comes with a target price of 20 euros.

The day before, it was up to JP Morgan to show its preference for Euroapi. The investment bank initiated the coverage of the file with an opinion to overweight to aim for 17 euros. JP Morgan appreciates the profile of a company “in full transformation” and expects EBITDA growth of more than 20% over the 2021/2025 period.

Other analysts will probably come to support the file, the time to tame this new entrant on the Parisian market. In the meantime, Euroapi gained another 6.25% to 14.702 euros the day after an increase of more than 2%. Since Friday, the title of the Sanofi subsidiary has posted a performance of more than 20% when the CAC 40 has fallen by more than 3%. For its part, Sanofi is down slightly to 96.21 euros around 10:00 a.m.

23 Euroapi shares for one Sanofi held

Announced at the beginning of the year, the quotation of the Sanofi subsidiary had started on Friday at a price of 12 euros per share. The file had largely distinguished itself despite the sharp drop in the markets and had rebounded by nearly 13% at the close. In concrete terms, Sanofi allocated Euroapi shares to its shareholders in the form of an exceptional dividend in kind. The French pharmaceutical laboratory distributed one Euroapi share for 23 Sanofi shares held in the portfolio on May 9, 2022 (without any action to be taken by the shareholder, the actual delivery to the account being scheduled for Tuesday).

At the end of the operation Sanofi will only hold 30% of Euroapi, and undertakes not to sell additional shares for two years. L’Oréal, which as Sanofi’s largest shareholder (nearly 10% of the shares) will automatically be the main beneficiary of the distribution, has undertaken not to sell shares for a year for its part. The French State will hold 12% of the capital.

An experience of more than 150 years

Euroapi, which benefits through its current parent company from more than 150 years of experience in the active pharmaceutical ingredients market, relies on a group of six production sites and development centers all located in Europe.

Euroapi, which made a total of the equivalent of 900 million euros in revenue last year, considers itself to be, in terms of turnover, the world’s second largest manufacturer of active pharmaceutical ingredients (the first in the segment of small molecules) with more than 500 customers ranging from the world’s largest laboratories in the pharmaceutical industry (including Sanofi to the tune of nearly 49% of global turnover today), manufacturers of generic drugs, manufacturers of animal health, consumer health and nutrition players and even biotechnology companies.

Euroapi anticipates that the non-captive market (excluding CDMO, in other words outside “Contract Development Manufacturing Organizations” or subcontracting contracts) for the development of processes and the manufacture of active ingredients (also called API for “Active Pharmaceutical Ingredient” ) grows at an average rate of 6% to 7% per year until 2024 while the CDMO market is expected to grow at an average annual rate of 7% to 8% over the same period.

Based on organic growth (excluding external growth and API relocation initiatives), Euroapi aims to reach approximately €1 billion in consolidated revenue in 2022, of which 25 to 30% in CDMO activity. By 2025, the group is aiming for an annual revenue growth rate of between 6% and 7%, of which around 35% will come from its CDMO activities, while the relative weight of Sanofi in the turnover business should be reduced to between 30 and 35% by this horizon (in other words the growth of sales to third parties will be higher than the average growth of the market). The group also intends to improve the “Core Ebitda” margin so that it is equal to or greater than 14% in 2022 and greater than 20% by 2025 (compared to 12% in 2021).

To favor, in the short and medium term, the reinvestment of cash flows generated by its activity to support its growth strategy, the firm does not plan to distribute dividends before 2025 (for the 2024 financial year). Euroapi intends to invest around 10% of its revenues over time, with a total investment budget over the period 2022-2025 of around 510 million euros.

Receive all the information about EUROAPI in real time: