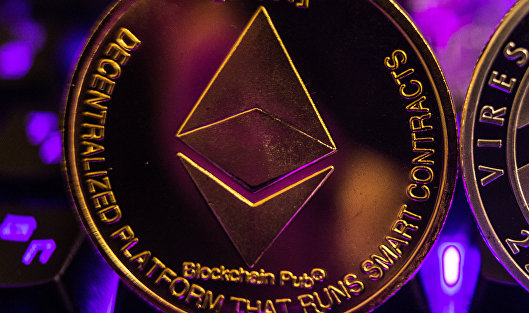 MOSCOW, June 6 – PRIME. Altcoin, unlike the world’s most popular cryptocurrency, bitcoin, can be used not only as a “store of value”, according to Bloomberg’s monthly Crypto Outlook report.

In particular, experts believe that Ethereum is currently on track to surpass Bitcoin in market capitalization. Bloomberg analysts claim that Ethereum was able to grow from an ordinary digital coin into an entire ecosystem.

The document emphasizes that at the beginning of June this year, according to CoinGecko, the altcoin capitalization is $ 307 billion. This is almost half of the capitalization of bitcoin ($ 689 billion).

Since the beginning of 2021, Ethereum’s capitalization has grown by 265%. During the same time, the capitalization of the main cryptocurrency was only 22%.

Bloomberg analysts also recall in their report about the recent drop in the Ethereum rate to $ 1.7 thousand. In their opinion, this led to the fact that the altcoin price can now be considered a discount. As of 9:00 Moscow time on June 6, the altcoin is trading at around $ 2,689 thousand.

In addition, experts predict that the cost of Ethereum in the near future will be in the range of $ 2-4 thousand.

Last month, Ethereum already surpassed Bitcoin in mining profitability: in May, the income from the mining of the main cryptocurrency amounted to $ 1.45 billion (minus 15% by April), and Ethereum miners earned $ 2.35 billion.

READ  Doubling of jobs in the electric transport sector | Car