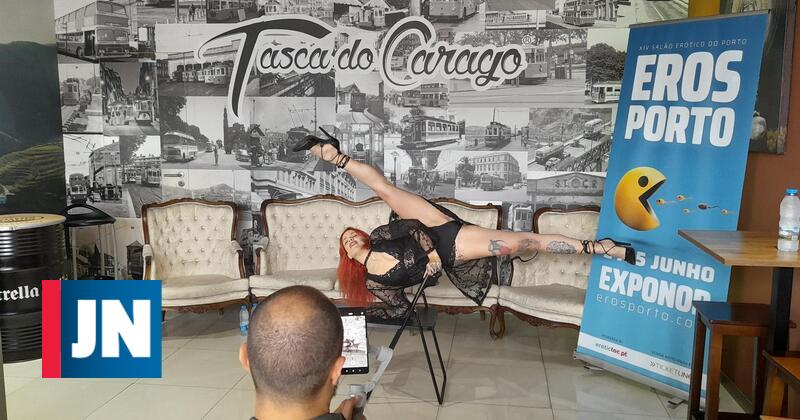 Eros Porto returns with an area dedicated to sex education

The 14th edition of Eros Porto – Salão Erótico do Porto is back with shows, demonstrations of sex toys and an area dedicated to sex education. It starts this Thursday, in pavilion 6 of Exponor, in Matosinhos, and runs until Sunday.

The most daring event in Portugal returns this Thursday and has some new features, namely an area dedicated to sex education. The latter is in charge of Rafaela Rolhas, psychologist, specialist in clinical sexology and spokesperson for the event, who, in statements to JN, says she hopes that with this area “we can contribute to a much more positive, credible and fun image”. of sexuality.

The issue of sex education is still a controversial subject. For the sexologist, “sex education is everyone’s job and should be a very social thing”, adding that “there should be a more important role in schools. It goes without saying that things get resolved”. Concerning the fear that many people have in the face of sex education, especially in schools, Rafaela Rolhas assures JN that “it will not promote absolutely anything, it will just say, ‘you will do this, unless you don’t want to, you will probably want to , if you want to know everything that is here and then make your decisions'”.

“This is a very special edition, after the break due to the pandemic, because it is a moment of reunion, which we prepared with great enthusiasm. We have all the components for the public to enjoy a unique experience: sex education, market news and the best entertainment, with excellent artists”, guarantees Juli Simón, director of Eros Porto.

A space for all tastes

See also  Tornado wreaks havoc in Beja. there are no injuries

A stage of several artists with eroticism in common

At Eros Porto 2022, national and international artists will also be present, from actresses, actors and strippers to pole dancers, dancers, acrobats and many others. Dayanis Marrero, participant in Got Talent Portugal 2022, teacher and national pole dance champion and circus artist will be one of the participants. Von Fénix will also present dance numbers allied to circus arts, such as aerial, fire fakirism and contortionism. With aerial acrobatics is the Silver & Gold duo.

In the field of adult cinema are actresses such as Silvia Rubí, Sheila Ortega, Pamela Sanchez, Mary Rider, Daniela Evans or Dámaris, and actors Salva DaSilva, Jesus Sanchez, Emilio Ardana or Capitano Eric, among others.

An event without taboos where there are still taboo subjects

Although she does not deny that there are problems associated with pornography, namely the pleasure being very focused on the man and the remuneration of pornographic actors, the psychologist also states that it is not up to pornography to educate: “There are other people like me for that, in schools or in faculties, to do this work”.

Eros Porto 2022 takes place from Thursday to Sunday, from June 2 to 5, between 3 pm and 2 am, with the last day going until 10 pm, in pavilion 6 of Exponor, in Matosinhos.

Daily tickets cost 15 euros and the four-day pass costs 60 euros, and can be purchased online or at the event’s box office.