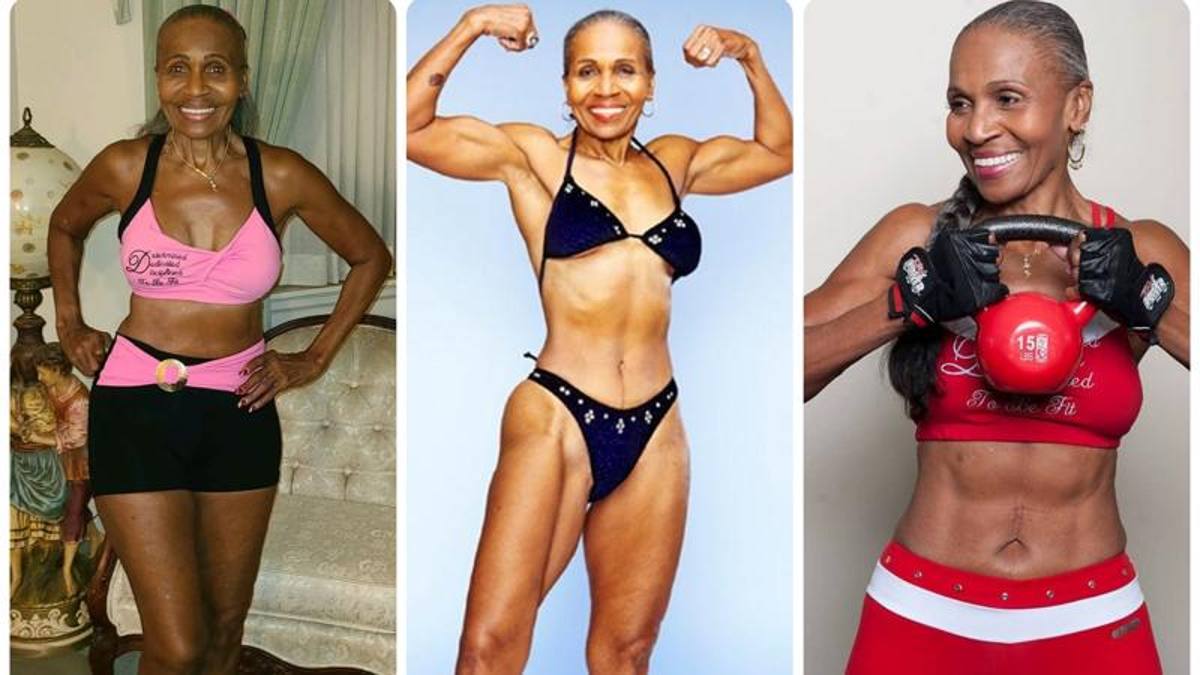 Ernestine Shepherd discovered bodybuilding in old age. And since then his life has changed, for the better. Today, at nearly 85, he is an example for everyone

Difficult to age Ernestine Shepherd. And not only for the respect that is owed to a lady: but because Ernestine with her muscles and her energy tests all the laws of time. The 85 years he declares on social media leaves you speechless. His photos, looking is believing, tell a whole other story.

And instead Ernestine Shepherd is just a daughter of the ’30s. The difference compared to many peers is that she 28 years ago, when he was 56, he decided it was time to inaugurate his second life. It all happened one day when she was out and about and a dress rehearsal revealed that she was less fit than she thought. So it was that he thought about enrolling in a fitness class to lose weight and get back in shape. Advising her to test herself with bodybuilding was her sister, Mildred. “My sister was instrumental in getting me to start lifting weights and become a bodybuilder,” she admitted in an interview.

When Mildred died of a brain aneurysm in 1992, Ernestine vowed to honor her memory by doing even more to stay healthy with training and help others do it. “At first I was just angry about his death. But I got back on my feet and told myself that I would continue to train 3 days a week ”. That was how he decided to invest in a personal trainer. “It was my coach, former Mr. Universe Yohnnie Shambourger, who transformed me.”

READ  Carbohydrates: why consume them before training

The oldest bodybuilder in the world

Training with Shambourger propelled Ernestine to her very first bodybuilding competition, which she won. The news went around the world and, on time, came the call from the Guinness Book of Records. “They wanted to find out if I really was the oldest female competitive bodybuilder in the world,” she said in amusement. The Primacy was officially awarded to her in 2010. Eleven years later, Ernestine Shepherd continues to grind awards and achievements, keeping her 15 minutes of fame thanks to her tenacity in training and the ability to impress. Even Beyonce bowed to her myth and wanted her in the Black is King video last year. In the meantime it has become for the Americans 6-pack granny, “lto grandmother with abs”.

Shepherd runs about 3 miles every morning and lifts weights three times a week. In the meantime, he follows a balanced diet of complex, whole-grain proteins and carbohydrates, with about 120 grams of lean protein each day. He also cut up the red meat as well does not eat processed carbohydrates. Just as it has given up on industrial foods, sweets and other junk foods. In all, he allows himself 7 small meals a day. Luckily there is her husband Collin who helps her prepare them.

READ  The restaurants of Top Chef 2021 candidates in Paris

The secret of eternal youth

Within days of her 85th birthday, Ernestine continues to work as a professional fitness instructor and model. He also wrote a book to tell people it’s not too late to get in shape. And to anyone who asks her secret, she reveals it without hesitation: “If there was ever an anti-aging medicine, that would be physical exercise”.