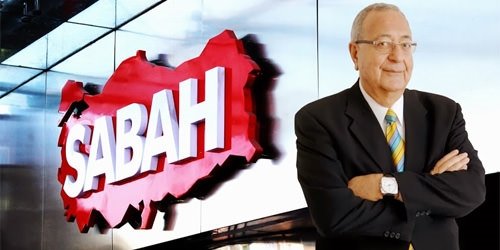 President Erdoğan, In his article for The Economist Magazine, he explained Turkey’s view of world events very clearly. Knowing the outlines of this article has great benefits in predicting future developments. Here are some headlines:

NATO DID NOT CARE ABOUT TURKEY
Turkey has been a proud and indispensable member of NATO for 70 years. Our country joined the alliance in 1952 after sending troops to Korea to defend freedom and democracy.
At the same time, our country has strengthened its defense capacity by investing billions of dollars in the defense industry.
Our partners dreamed that long-term stability could be achieved without Turkey, and therefore ignored the geopolitical realities and possible threats to the region after the threats were averted.

WE WANTED TO UPDATE NATO
The changes that have taken place have made NATO the function of many and “dated” led to its designation as an organization. Even Emanuel Macron, your alliance in 2019 “braindeath” He said he was alive.
Turkey did not attribute the shortsighted and sometimes irresponsible behavior of some member states to NATO. On the contrary, we emphasized the importance of NATO and called on member states to take steps (such as updating NATO’s mission to include new threats and making the organization more important in the face of new geopolitical and global challenges).

WE ARE ALONE WITH THE REFUGEE PROBLEM
We brought our call for cooperation not only to prevent terrorist attacks, but also to prevent terrorist financing and recruitment activities within NATO borders.
To ensure the security of our borders and airspace and II. The largest refugee wave since World War II unfolded in the region. “human security” We made these demands for it and we were left alone.
Turkey was right when she told NATO members that they needed to be prepared for the geopolitical challenges of the future. Against those who argue that NATO is unimportant, we were absolutely right in saying that the importance of the organization will increase.

See also  "None of you were to blame": Gouveia e Melo speaks to the Marines at a mass in honor of the PSP who was shot dead - Portugal

MEMBERS SUPPORTING TERROR
Turkey requests the candidate countries to cease the activities of all terrorist organizations and to extradite their members to Turkey.
If they do not take the necessary steps, Turkey will not change its stance on this issue.
In addition, Turkey is of the opinion that any arms embargo (of the kind that Sweden imposes on our country) is against the spirit of military partnership under the NATO umbrella.
We believe that if NATO members apply double standards in the fight against terrorism, the credibility and credibility of the alliance will be jeopardized.

You can listen to this column by clicking the link below.