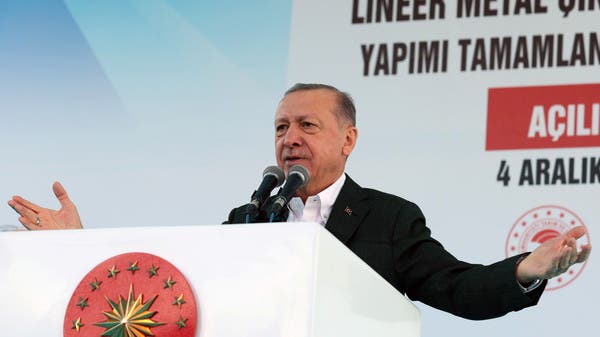 Turkish President Recep Tayyip Erdogan on Friday urged Turks to keep all their savings in lira, and said recent exchange rate volatility had been largely under control after the lira had fallen sharply over the past two months.

He added, “Let’s not forget that: as long as we don’t take our currency as a basis, we are doomed to sink. The Turkish lira, our money, that’s what we’re going with, not with this or that foreign currency.”

Speaking to a business group, Erdogan also called on Turks to bring their gold savings into the banking system, and reiterated that interest rates are a cause of inflation.

He said, “For some time, we fought a war to save the Turkish economy from the cycle of high interest rates and inflation and put it on a growth path through investment, employment, production, exports and current account surplus.”

He continued, “Let’s keep low or high interest rates out of our calculations. Interest rates make the rich richer and the poor poorer.”

Turks’ savings have shrunk in recent months due to the depreciation of the lira and it reached an all-time low of 18.4 against the dollar last week, but it recovered after the announcement of a government program to protect domestic deposits from depreciation losses against foreign currencies.

The lira recorded 13.295 against the dollar at 09:43 GMT, and it is still down more than 40% since the beginning of the year, to be the worst performer with a wide difference among the currencies of the rest of the emerging markets.