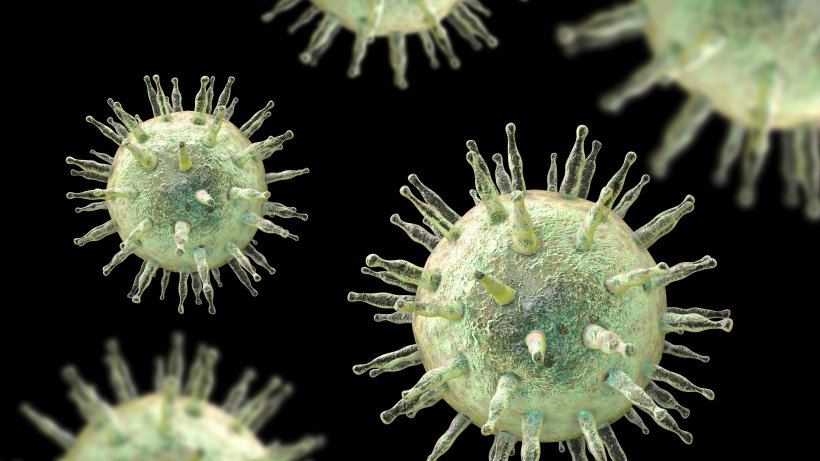 Epstein-Barr Virus: Is there a vaccination coming soon?

95 percent carry it in themselves
Epstein-Barr virus vaccination coming soon?

The Epstein-Barr virus can cause serious diseases such as cancer, MS or glandular fever. Around 95 percent of all people carry it. A recent vaccine study gives hope.

Cancer, multiple sclerosis, mononucleosis – these diseases are linked to the Epstein-Barr virus. Since almost everyone gets infected with the virus at some point in their lives, scientists are urgently looking for a vaccine. The first phase of a vaccine study has now begun in the USA, which could help both infected and non-infected people.

The first vaccine against the Epstein-Barr virus, which belongs to the herpes viruses, is in clinical trials in the USA. The vaccine is intended to protect against glandular fever, but also against serious effects of the virus such as Guillain-Barré syndrome, cancer and multiple sclerosis. This is what focus.de reports. So far, neither a sustainable therapy nor a vaccine is available.

In the first phase of the clinical study of the National Institute of Allergy and Infectious Diseases (NIAID), the safety and tolerability of the vaccine, which consists of a protein nanoparticle, is to be tested. As part of the study, 40 healthy volunteers will receive three injections of 50 micrograms each of the vaccine, with the second and third doses following 30 and 180 days later. Half of the subjects are already infected with EBV, the other half are not. Over a period of one and a half to two and a half years, the test persons are examined regularly in order to analyze possible vaccination consequences. The entire phase 1 study is designed to last four years, as reported by the NIAID.

Almost everyone, experts assume around 95 percent, is infected with the Epstein-Barr virus – often unnoticed in early childhood. However, if the infection only occurs as a teenager or adult, the virus can trigger glandular fever. In addition, the pathogen is said to be associated with lymph node cancer and various autoimmune diseases such as multiple sclerosis and lupus. The virus could also play a role in Long Covid.

Vaccine for infected and non-infected

The vaccine is intended to protect both non-infected people who have not yet had contact with the pathogen and those who are already infected. Therefore, the vaccine should also help against the late effects of the infection by reducing the virus multiplication in the body. “A vaccine that can prevent or attenuate Epstein-Barr virus infection could reduce the incidence of mononucleosis and potentially reduce the incidence of cancer and autoimmune diseases,” said Anthony Fauci, director of NIAID.

Scientists emphasize the importance of a vaccine

In Germany, too, scientists are hoping for a vaccine against the Epstein-Barr virus, since the cancer-causing effect of the virus was decoded in more detail at the German Cancer Research Center (DKFZ) and the DZIF. The Heidelberg scientists were the first to show that a certain protein component of EBV promotes the development of cancer. “All human tumor viruses examined to date trigger cancer in a completely different way,” explains Professor Henri-Jacques Delecluse, DZIF scientist at the DKFZ.

It is currently still unclear how many tumors are directly related to the pathogen. Delecluse and his colleagues assume that some cancers have not been associated with EBV because the viral genome could not be found. The scientists are now calling for the rapid development of a vaccination against EBV. “Even the first infection represents a cancer risk,” says Delecluse. The researchers have already developed prototypes of such a vaccine.

You can find more information here or on our cancer page: